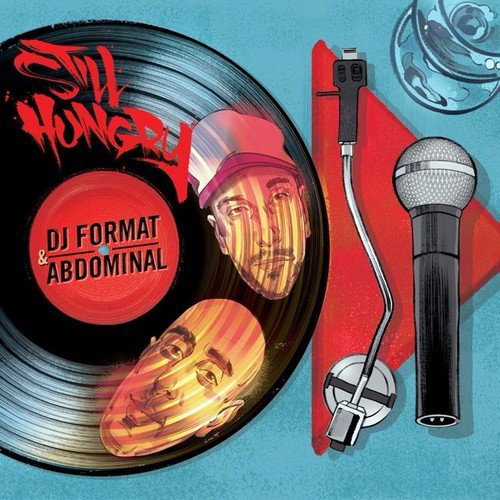 At the risk of a generalisation, this is the kind of hip hop that older and more intelligent music fans like.

DJ Format supplies up-tempo 90s funk and dance, with definite ska leanings, while Canadian rapper Abdominal contributes slick and rapid-fire lyrics that largely avoid swearing, and are witty, erudite and entertaining. He’d only mention hoes and bitches in an ironic way, and his tipple is a nice glass of red, not cough syrup.

The lyrics are often self-referential but not in that “Yo Kanye Yo Weezy” way, but as an examination of the life of a rapper, “… And taking care of other tedious administrative details / Necessary but very derailing,” not being a standard rap lyric, Buck 65 aside.

Both men have more than a decade’s experience, and it’s this the album reflects on, talking of the hard work needed to get a career in a trade that’s “more business than show”, and the struggles they face not only to make good music but get anything done.

It’s true the album breaks no new ground but much of the music sparkles, using samples in a Fatboy-meets-Moby kind of way, and the lyrics are good; overall, solid but not brooding.

It’s all good: Still Hungry is about, well it’s obvious: “Even if you’re crawling at a snail’s pace / You’re still hungry for life.”

The funky We’re Back is again self-explanatory with lyrics spat so rapidly they’re hard to follow.

Behind The Scenes is funky, nicks the guitar from a soul classic, and addresses people thinking rapping for a living is a cool career, which it’s not: “Bookers with high fees / late nights without sleep / Sign up for these I never did when I decided to MC”.

The same topic is also addressed in No Time, perhaps the standout track.