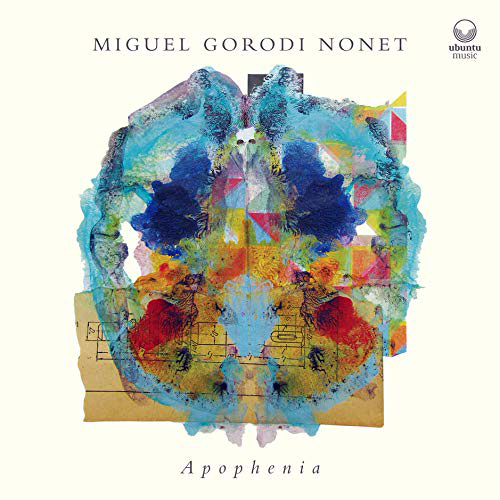 Some of these reviews might ramble a bit but the PR that comes with them struggles even more, and this is a case in point.

The apophenia of the title is erroneously making connections or meaning with unrelated things — a failing that can be seen all over social media — and one track was inspired by a Jean-Paul Sartre novel. Gorodi says in the Press release: “This grew out of a very simple idea … resulting in the disorientation Sartre’s protagonist experiences when he suffers attacks of ‘nausea’. I interpreted these as maddening panic attacks brought on by depressing ruminations of meaningless.” You try and write all that down in a 300 word Press release to sell an album.

(Mind you, we reckon a talent show called Depressing Ruminations Of Meaningless would give X Factor a run for its money. Reeves and Mortimer to present).

Gorodi might have read many a French novel and scoured psychology text books for ideas, but the resulting music is neither serious nor po-faced. There are nine players so there is a lot going on, and it’s all played fast and hard, though it can be subtle. Gorodi himself is a great trumpet player and he’s backed by flutes, alto and tenor sax, clarinet and bass clarinet, trombone, tuba, vibraphone, double bass and of course drums.

While the Hitchcock CD review we wrote recently harks back to bop, Gorodi is firmly modern, but despite all the instruments and the complex songs, it’s all clear and very tight. If the flute is playing, you can hear the flute. Dave Hamblett’s drums hold it all together.

Maybe it’s deliberate: Gorodi lays out a complex palette of sound but thanks to apophenia, our brains organise it into a jazz album. Well worth a tenner of any jazz fan’s money.