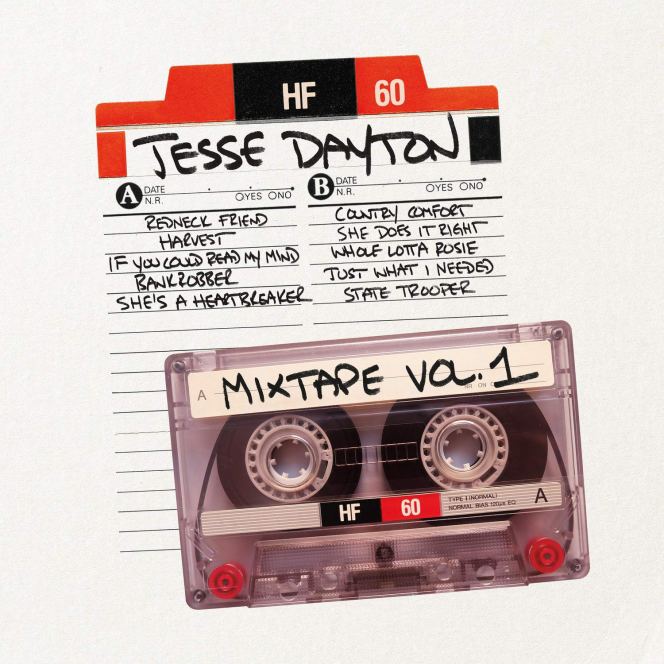 This is a song of covers, except Dayton puts a twangy spin on them, muscular country meets rock ‘n’ roll. If you always felt your favourite tunes would be improved by deep country guitar licks, this is for you.

We won’t pretend to have heard of him. We guess he’s big in the US, as the commercial release of this album suggests a strong and friendly fanbase. (Wikipedia reports that he is a Texas-based Americana guitarist, known for contributions to albums by people such as Johnny Cash, Waylon Jennings and Willie Nelson. He has worked with horror film director Rob Zombie, recording film scores).

“He was raised on the music of George Jones, Hank Williams, and Lefty Frizzell, all the while harbouring an affinity for the spirit of punk with bands like the Clash,” says Wikipedia, which the sleeve notes confirm. This is all you need to know.

Thanks to Strummer’s wandering childhood, The Clash were always more than punk and a rockabilly / Wild West / country sound was never more than a couple of songs away.

Talking of rock ‘n’ roll: he’s certainly got great balls of fire, as he covers Whole Lotta Rosie here, Angus’s guitar licks replaced by harmonica (the song is in the style of Slim Harpo, a blues musician from way back. No, us neither). Dayton keeps the structure of the song and the long harmonica break in the middle is pretty good. He reckons Bon Scott would approve, and we think he would.

Closer to the original is a strong cover of She Does It Right, largely faithful to the Dr Feelgood original but lacking the rough edge that Lee and Wilco brought to the table. Dayton played recently with Wilco, so presumably he approves.
The Clash’s Bank Robber is less dub and more country but in the spirit of The Clash. We thought he’d added the line: “Someday you’ll meet your rocking chair” — Strummer reportedly died peacefully in a chair — but no, it was in the original.

Elton John’s Country Comfort is also covered, identifiable as an Elton song and perhaps the closest thing to a close cover. If You Could Read My Mind from Gordon Lightfoot is also close to the original, and had us playing Lightfoot for two days.

One for fans of country and twanging guitar, although fans of The Clash’s Wild West moments might enjoy it. This is out on Blue Elan Records.