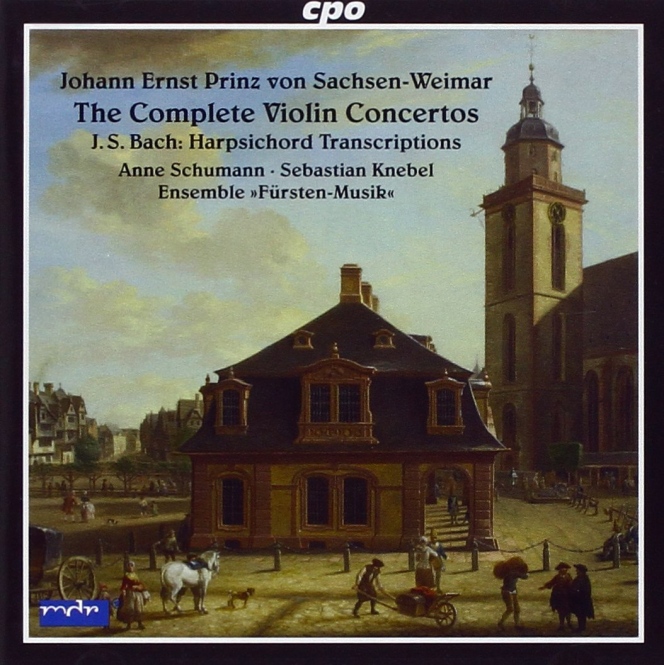 At the first play-through of this collection of lush and charming baroque string concertos, you’re thinking it’s nice but no Premiership as far as composing goes: top of the Championship but not world class. Then you read his biography and learn that Johann Ernst of Saxe-Weimar — born on Christmas Day in 1696 — didn’t make it to his 19th birthday. What might he have been?

Johann was a pioneer in publicising new sounds, and not only was he a brilliant violinist and talented composer but a proponent of the new idea of the concerto. He bought in the latest sheet music and had it transcribed by his castle organist at Weimar, one JS Bach.

This CD features his own concertos, plus harpsichord transcriptions of JS Bach based on these works. The violin concertos are a little short perhaps, and lack range, but it’s a very pleasant album and written and played to the highest standard. The performers are Anne Schumann, the ensemble Fuersten Musik and Sebastian Knebel. Out on CPO, 7779982. A must for lovers of the baroque.