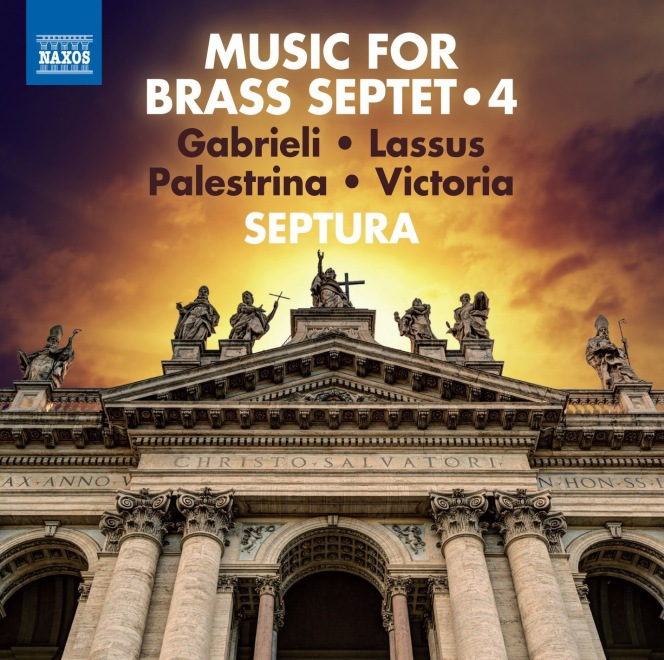 This is volume four in a series of CDs in which Septura imagine that four composers had written for brass.

The sleeve notes specify the counter-reformation as the period for the compositions, which as you all know was a Catholic revival lasting around a century from 1550. This was when Catholics, in modern parlance, got back to basics, addressing corruption and — the Catholic Church was a leading arts patron — pressuring artists to be less sensual and composers less secular. Which is a long-winded way of saying these are sacred and solemn pieces of music reflecting their age.

The music is gentle and reflective and the players perform as an ensemble rather than showing off their individual virtuosity. The music is reverent and originally meant to be performed in church, including St Mark’s Basilica in Venice.

Not big fans of brass bands we’ve played this a lot — it’s tranquil and calming. Having said that, there’s not a whole lot of variation and someone walked into the Review Corner, listened for a second, and said: “Has somebody died?” There is that to it, too.