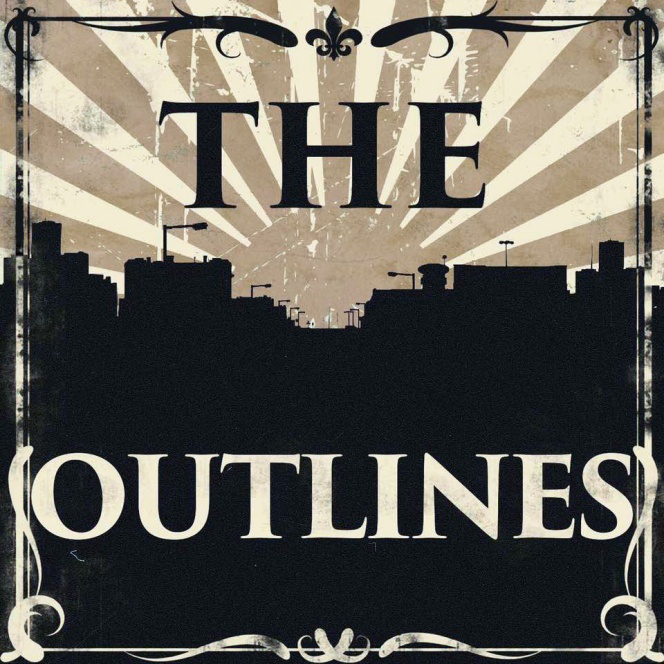 We’ve been going to Biddulph Moor’s Rock on the Rocks for a good decade and The Outlines are without doubt the best band we’ve seen play. Awesome. It’s not just the music: they were so clearly focused on what they want to say, and had their stage presence sorted down to a T. They were also incredibly tight — the only band we’ve seen as tight as that outside a professional venue is Congleton’s Kill The Young, a gig-hardened band more used to playing Academy-sized venues than pubs, which is where we saw them last.

This album is their first and they’re in the process of making a new one, but it’s more than worth buying. Though they’re pretty punky they most reminded us of early Jam, a mod band playing in the punk scene. They have the same power and same razor-sharp guitar as Weller’s first band.

Like The Jam, their songs are more than just three-minute unvarying punk rants that go verse chorus, verse chorus, monochord guitar break, chorus stop. There are plenty of changes of timing and approach within songs, though the pressure never really lets up throughout the album. Despite a certain amount of aggression, they’re quite melodic: we suspect Blink 182 are an influence (bassist Martyn Brown had a Macbeth shirt on, the clothing company founded by Blink’s Tom DeLonge) but they’re both harder and more melodic than Blink.

Lyrically, it seems to be existentialist angst, and all the problems of youth life. Like The Enemy, but better. Find them on Facebook, say hello and buy the album.