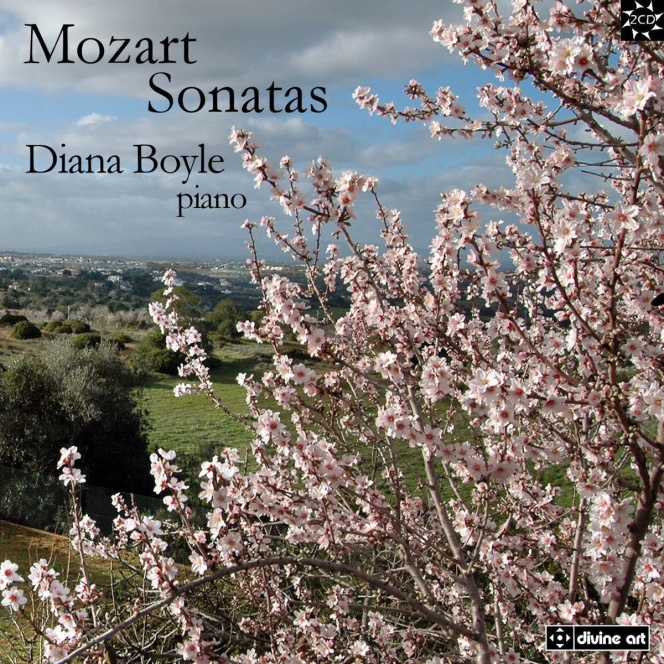 This came out in May and it’s been played a lot — it’s very relaxing on Press day as deadlines loom — and we assumed we’d given it a glowing review. Oops, sadly not.

It’s a lovely CD. Boyle makes the music sound fresh yet soothing. As with much gentle solo piano music of a certain ilk, it put us in mind of Glenn Gould’s Goldberg Variations; in this case it’s particularly apt given the fragility of the music and her use of silence. In the sleeve notes she says she did not listen to other people’s performances of the sonatas, with the exception of Gould, she favouring his iconoclastic approach. Like Gould, Boyle dislikes “pianism”, saying the music is more important than flashy playing, and this collection has a simplicity that probably reflects this. She also approaches her pieces as music, not just rows of notes written down on paper.

Mozart wrote these sonatas in the 1770s when the piano was in its infancy, which possibly explains why her understated approach works, and she says in the notes that the music is too fragile for the piano.

There doesn’t seem much point in listing the pieces, which are all piano sonatas and identifiable only by the Köchel number. You don’t really pay heed to the tracks anyway, as the sound is similar and you will listen to the album all the way through. There appears to be recognition of this fact in the sleeve notes, which take the form of an interview with Boyle about her approach to playing the pieces rather than detailed analysis. It’s Mozart, played well: what more do you need to know?