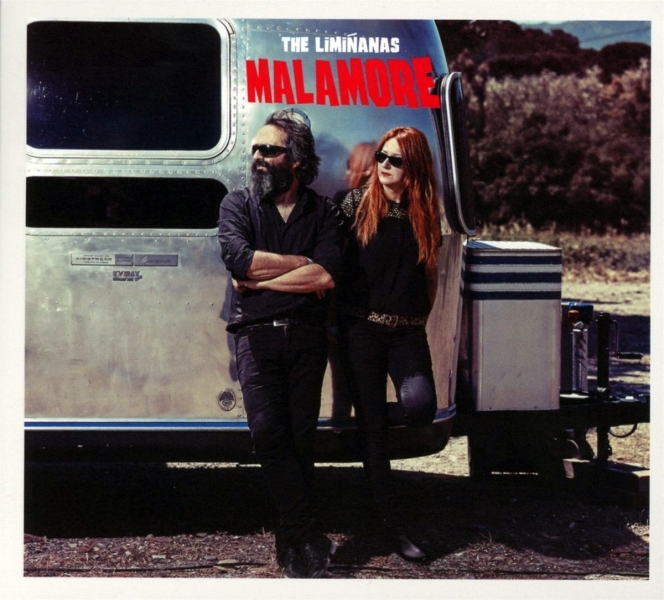 This came out in June and we’ve dipped into it over the weeks without getting much back. Then we went to the Blue Dot festival at Jodrell Bank, heard lots of pscychadelic rock and got straight into it.

The Limiñanas are from Perpignan and there’s a fair amount of French on here, though non-Frenchman Peter Hook turns up playing bass on one song.

Opener Athen IA has a twangy start and could almost become country-tinged indie but it fades into heavy breathing, giving way to the thumpier track two, El Beach, which opens with a man speaking French. It’s easy to see why we missed its charms, but listen on and the beat is gradually built up by the band into a nice groove, the same true of Prisunic. It chills along until the title track, which hits a 60s hippy vibe (and hints at a love of Bobby Gillespie). El Sordo sounds like it was written for a comedy cowboy movie (in a good way) but the album ramps up the speed after that: Dahlia Rouge is a fast-paced psychedelic tune, which carries on for the rest of the album. Zippo is a massive tune, and closer The Train Creep A-Loopin will be our favourite tune for the next week, we think. Obviously Hooky’s song, Garden of Love, has a melodic bass line but it doesn’t dominate.

A nice album for the summer. It’s little unassuming, but a nice vibe when you get into it.