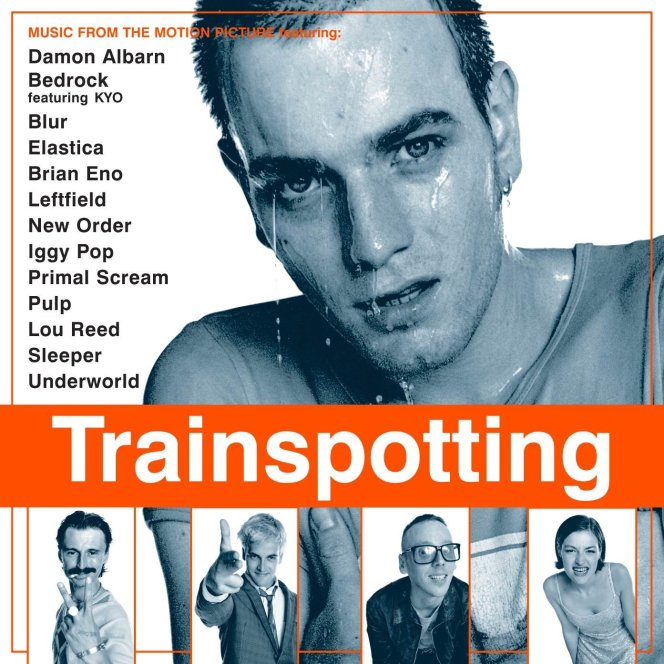 Trainspotting was a hit film in 1996, both the film and the Britpop soundtrack summed up the state of the UK at the time. Britpop was never our cup of tea, with a few exceptions; rock stars shouldn’t hobnob with prime ministers either.

Pulp and a few others aside, there were loads of rubbish bands about, from Menswear to Sleeper. We doubt anyone thinks: “Menswear were a great band; I’ll dig out me old CDs. Great name.” (Not harsh: MW have 1,600 Twitter followers, Blur 252,000). Ash had three good songs and a filler while Oasis overcame weak tunes with swagger. For every Blur there was a Cud, and lyrics that rhymed “sister”, “missed her” and “blister”. (And as for: “Shouting lager lager lager lager / Shouting lager lager lager lager”).

So: in our humble opinion, this CD sounds a little dated. Even Leftfield, who we liked at time, sound a bit faded. Iggy Pop is still Iggy Pop and Born Slippy (despite the lyric) and Perfect Day will always be good songs. But did we ever need a cover of Atomic, by Sleeper? Ever?

Still, it’s out, so if you’ve got a Britpop fan in the house it might make a good stocking filler.