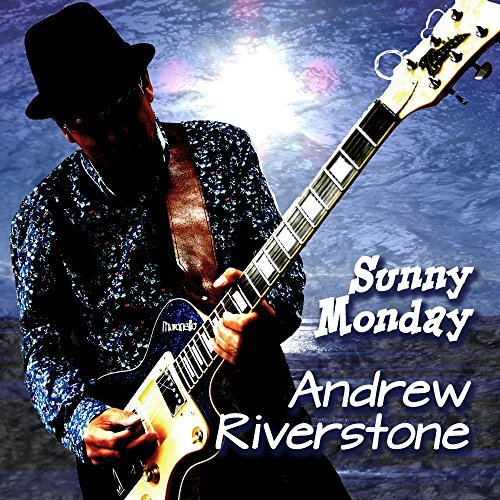 Riverstone played in Alsager recently and his promoter sent us a review of his album, which is easy listening (in a good way) blues.

Riverstone’s music pays homage to classic artists from the 60s and 70s and, having worked as a session man, he’s a fluid and expressive guitarist.

Live, Ed Sheeran-style, he layers percussion and rhythm guitar with a loop pedal to create a full band sound, and we guess there’s a lot of that going on here, as it sounds an intimate and low-cost recording — we’re avoiding the words budget or cheap because it’s not, but it’s probably not a million miles from his live show.

He mixes what we guess are his own songs with covers, though it’s hard to tell one from the other. The blues is a pretty standard way of playing a sound, particularly in this semi-acoustic style, so homespun lyrics aside, there’s not much between the openers, the title track, and This Great Ocean and track three, a cover of Ramblin’ On My Mind, originally a Robert Johnson song but since covered by Eric “Dull Boy” Clapton.

Riverstone also covers the likes of Cream’s Sunshine Of Your Love and Bob Dylan’s All Along The Watchtower.

It’s a nice album with a live feel; we imagine live his fluid playing would make his gigs a treat. He’s got a gentle but soulful voice, too, which sounds like he should be fronting a 70s folk rock band. Fans of the blues should like this.