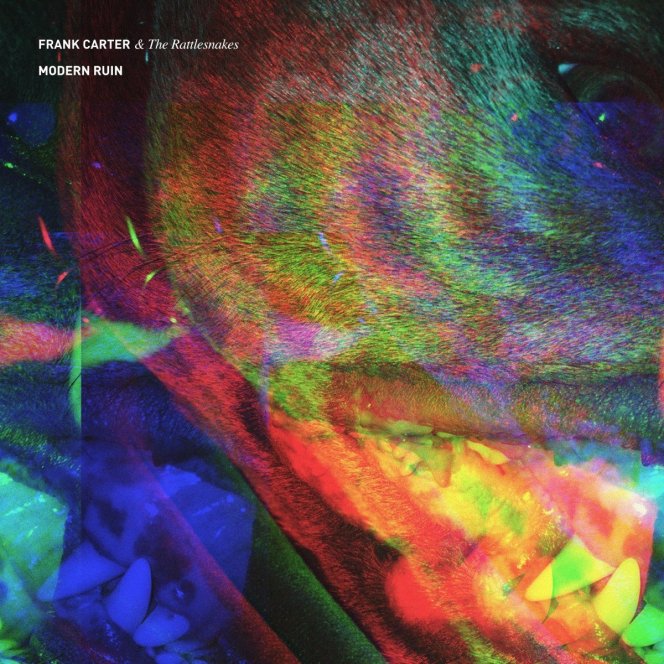 A friend in music radio once told us that some pretty decent bands fail because their members are so unpleasant — be mean to venues, music journalists and sound engineers and your career will be short lived.

By the same token, Frank Carter must be the nicest man in music. Despite a decade-long career that’s never really got further than cult-dom and small venue, firstly with  including punk bank Gallows, where he became famed for live shows, then retiring and opening a tattoo shop, then coming back with Pure Love, he always gets good press and seems to engender good will.

This second album with The Rattlesnakes may well the one that sees him cross over to the mainstream: it’s a stonker. Musically it’s somewhere between Arctic Monkeys (for his vocal delivery) and Kyuss/QOTSA for the riffs, but the sound is razor sharp, the songs both heavy and melodic, and he has a good voice.

Opener Snake Eyes sets the album off in fine form, with a massive chorus and machine-gun drums. Vampires features pounding toms while Wild Flowers is a radio-friendly melodic rocker.

Lyrically he’s as interesting as ever, tackling his own inner demons (“I feel like I’m breaking / Under the heaviest weight”) as well as current events: standout track Thunder movingly takes on the refugee crisis: “They’re up on the fences / Hanging by scraps … Do you believe that every life is worth a shot / Or do you load the bullets up to kill the lot … Are you scared of them / Because they don’t look like you?”

This is the album where he fulfils all his potential: angry but shimmering guitars, vocals ranging from gentle caresses to angry rants, interesting lyrics and lots of melody. And it rocks, not least the 55-second long Jackals.