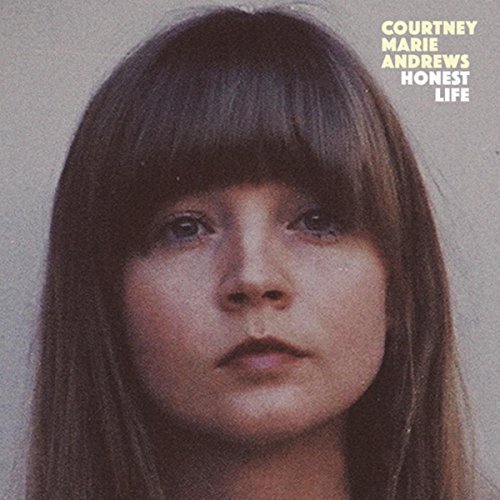 Musician Courtney Marie Andrews has been on the road since she was 16, when she left home in Arizona for her first tour. She travelled up and down the West Coast, busking bars and cafés. Then for a decade or so she’s was a session and back-up singer and guitarist for nearly 40 artists, including Jimmy Eat World, and is best known for being Damien Jurado’s lead guitarist. But she’s always written her own material and this is her fifth or sixth album we think. She’s still only 25.

It reminds us most of Rilo Kiley, the indie pop/country band led by Jenny Lewis, who played witty but downbeat music. Andrews says she wrote the first tracks for this while in Belgium going through a major heartbreak and homesick for America, family and friends. You might also think of Gram Parsons or Joni Mitchell.

All her years of playing have paid off with this CD, as despite her comparative youth, she has 10 years of work under her belt and it’s a mature and polished album.

Musically it’s slick pop/country, with a purity to both the sound and her voice. It sounds like a Nashville album should sound (even though she’s not from there and it was started in Belgium), but without clichés, just nice guitar.

Lyrically, it’s all quality, whether she’s talking the travelling life on the road in Rookie Dreaming (“I was moving too fast to see/All the paintings in Paris or sunrise in Barcelona”), life (“Sometimes good people draw troublesome things” in Irene) or the loneliness of touring, in Table For One: “Been dancing with strangers/Sleeping in the van when the shows over/ Found peace in the redwoods/Lost it 20 miles later.”