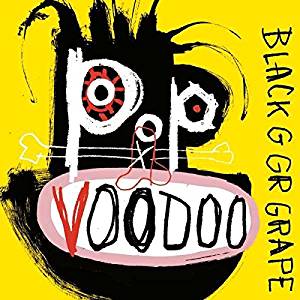 Surprisingly this is really good and captures the groove of the excellent Black Grape debut, 1995’s It’s Great When You’re Straight…Yeah.

The opener Everything You Know Is Wrong—Intro sees Mr Ryder give the listener both barrels of his endearing daftness as he monologues about the world: “Hillary’s an old bird who —-s up on her computer!” opines Shaun.

“Donald Trump, I’m so honest, I’m gonna free the people,” he rants on, adding something incomprehensible about the wheels on Trump’s nugget.

The music is funky, with the hypnotic beat the Mondays and Black Grape nicked from Can, as well as a nice sax solo and clever instrumentation. It’s bouncy, got a groove and it’s a lot of fun, and Ryder sounds bonkers; there’s something inherently amusing about him saying: “I’m a person… everything that’s on your person is personal TO YOU!”.

What follows is mostly good, the familiar sound mixed into soulful horns and keyboard, from the more Madchester Whiskey, Wine and Ham (fantastic name) to others more soulful, such as the laid back Money Burns, Set The Grass On Fire and String Theory.
There’s nothing really outstanding — though Money Burns is a strong track — but there’s not much in the way of bland either.

Ryder himself is something of a confused national treasure (witness the appearance of The Shaun Ryder Rehab Centre sign in Car Share, and its assumption that we all know who he is) so that, coupled with a more than decent album, must guarantee him some success with this entertaining effort.