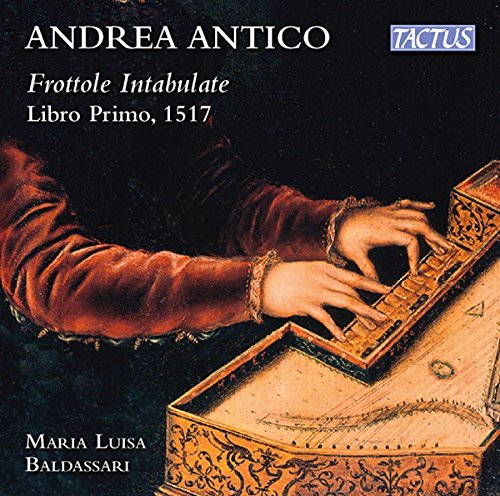 Andrea Antico sounds like one of those frightful over-achievers: he was a fine printer of the early Renaissance and his ability as an engraver allowed him to compete with Ottaviano Petrucci, the prince of musical printing.

Petrucci is often talked about wherever newspaper printers gather:* one of his publications is commonly but wrongly said to be the first book of sheet music printed from movable type, though he did print the first book of polyphony using movable type. This was back in the day when three impressions were needed: once for the staves, once for the music and finally the words.

Antico made woodblock prints. While this technology was older than moveable type and more laborious, it allowed for higher quality prints and Antico was a fine engraver.

He was also a composer, though we think the work on here is by other people: he published frottole, which, as you all know, was the most popular type of Italian secular song of the late C15, although this CD is instrumental.

A bit like the harpsichord album reviewed recently, it’s what it is; it’s secular music but the instruments used and the echoey feel of age mean it’s calming music that cleanses the soul, or at least makes you think it does, which is more or less the same.