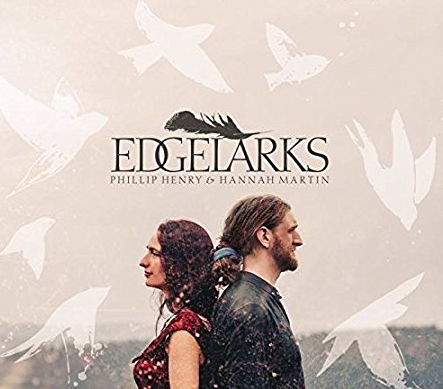 Is it just us, but are Edgelarks (Phillip Henry and Hannah Martin) cashing in on Game Of Thrones with the sleeve: “winter is coming, best get some decent music in”, says the cover. Well, maybe.

Edgelarks are somewhere between Lau and Dan Walsh, slick in sound but not too removed from an intimate live feel. Edgelarks is apparently a term that refers to those who fly around the periphery, but without ever landing or settling: the album is about transitional spaces and liminal places, the straddling of boundaries and thresholds, from travellers and refugees to dusk and dawn and those on the periphery – Yarl’s Wood protests against the treatment of women at the Yarl’s Wood detention centre. Other songs are more traditional, such as Landlocked, the tale of an Exmouth fish seller.

It’s thoughtful but not as introspective as The Little Unsaid (though that band’s John Elliott produces and plays on it), and while modern also sounds traditional, mainly down to Martin’s vocals and the battery of instruments: as well as the usual stuff there is dobro, shruti box, chatturangui (Indian slide guitar) and beatbox harmonica as well as various guitars for people who like that sort of stuff. Mainly slow, but meaty folk.