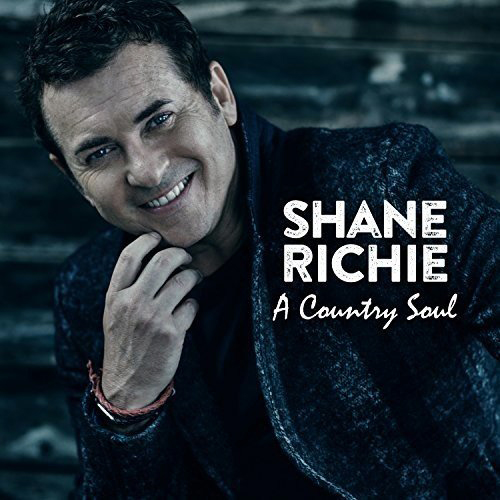 We were expecting this to be a bit dire but it’s good. If you like soft pop/country, you’ll probably love it.

We don’t know much about Ritchie, as we don’t watch Eastenders or game shows, but do know he’s done some musicals and that he likes country.

It’s country in the sense that The Corrs are country. These are country covers and there is steel guitar but it’s mostly polished pop with a country air. If we don’t watch soaps, we do have a secret love of Irish country music shows on Sky. Mr Ritchie is more pop than some of the acts on there, who often adopt the look and sound of Nashville farm boys, but he’s not far off and this style of music has a ready audience, particularly in his homeland.

The album starts with a cover of Jon Pardi’s Heartache On The Dance Floor, which lays down the sound and standard of the album. Of the rest, Wave On Wave (originally Pat Green) is radio friendly and catchy (even if “Wave on Wave” does sound like a tribute to Phoenix Night’s Ray Vaughan, ie “Ray Vaughan Ray Vaughan”).

He’s written some tunes himself: Shut Up (‘Cause All I Want Is You), co–written with his son Jake, is a decent song. You would say it was a cover of a song by an established star, though it sounds like many a catchy tune you’ve heard before. That Bottle Ain’t Your Friend is also one of his, a country ballad.

There are some better-known songs: a countryfied cover of Nik Kershaw’s I Won’t Let The Sun Go Down On Me, which works well with banjo, mandolin and skipping country beat. There are covers of Stephen Stills’ Love The One You’re With (and not too many liberties taken), Stephen Bishop’s On And On, and The Eagles’ Heartache Tonight, all of which will appeal to people who don’t know the more country covers.

Downside: it does smack of picking tracks to attract various demographics, but we might be being too cynical there.