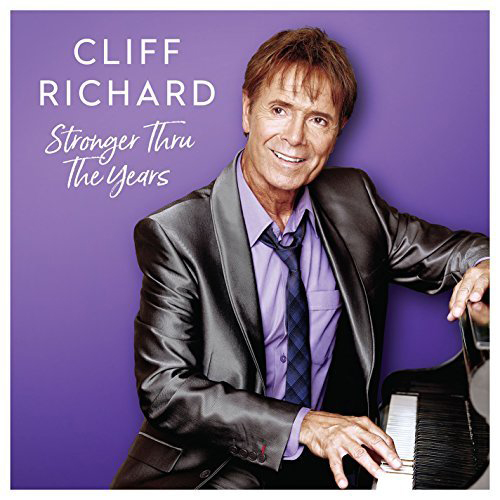 The title is loosely based on his 1989 album Stronger, and the double CD opens with Stronger Than That, a tight, upbeat pop tune from the late 1980s, with a fast beat and typical 80s sound: we kept expecting Crocket and Tubbs to kick the door in.

After that, it’s a compilation of his hits — basically a greatest hits package with rarities and old favourites thrown in. It’s the cliché, but it might be the only Cliff album you need.

Poor old Cliff gets put through the wringer, and not just for spurious charges leaked to Murdoch journalists: he’s not cool, relentlessly cheery while overly self-important, and is regularly banned from contemporary pop stations on grounds of taste — though the committed Christian banned one of his own songs, after he learned his 1975 cover of Honky Tonk Angel referred not to the Salvation Army at all.

But he’s had some good tunes over the years — Stronger Than That might be a standard if decent 80s pop tune, but it’s followed by Miss You Nights and The Next Time.

Elsewhere you get hits such as The Day I Met Marie (giving Hank Marvin a nice pension pot boost); Living Doll, some hits with the Shadows and of course The Young Ones and Summer Holiday — and that’s just CD1. We Don’t Talk Anymore and Carrie are still to come.

We must declare a soft spot for his rock ‘n’ roll tunes, which include his bluesy/gospel tunes such as 1965’s The Minute You’re Gone. It’s true there are some bland fillers, such as Joanne, from Stronger but then there’s always Marie. And even the bland songs are perfectly arranged and given class by Cliff’s vocals.

You’ve got admire him: he’s changed with the times over the years, so whether the market wants rock ‘n’ roll or pumping pop hits, he’s on it.