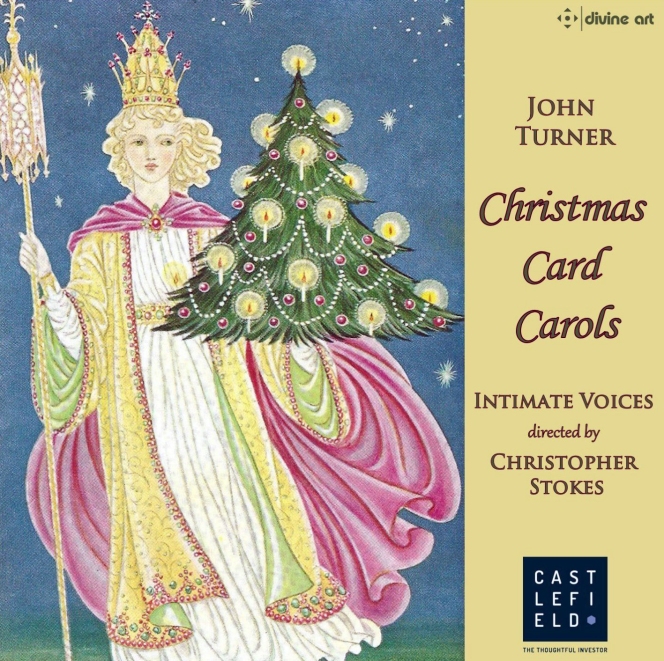 This has got to be one of the coolest things: recorder player Turner writes a short Christmas carol each year and sends it to friends and family, not in the form of a recording but as notes written on a card. They’re all musicians, so they play the music for themselves.

One recipient writes in a review: “It is played through on the piano, sung (when no one is in the music room!) and then placed on the piano for the duration of the season.”

We imagine there’s a cartoon in here somewhere, rather like HM Bateman’s strip cartoon The Boy Who Breathed On The Glass At The British Museum …. “The Friend Of John Turner’s Who Cannot Play His Christmas Card.”

The sleeve notes reveal there’s a Congleton connection that will delight some people: Watts’ Cradle Song is dedicated to the Rev Roger Scoones, the rector of St Mary’s Church, Stockport, and a friend of Turner; he is, of course, a former incumbent at St Peter’s Church in Congleton.

Turner writes in the sleeve notes that he has always liked Christmas Carols, a legacy of school carol services, and has been composing them (“or rather trying to”) since his early teens.

They’re nearly all a capella. He wrote one short instrumental one year “when inspiration failed”.

By definition they are all short — the music had to fit on a card — and definitely sweet. It’s like having high-quality carol singers round your house; it’s also pleasingly intimate, partly because you feel like you’ve been let into a private secret (which is true to some extent) and partly because he wrote them for his friends.

Track one A Nativity Carol is the earliest, a setting of How Far Is It To Bethlehem? by Frances Chesterton, composed on Christmas Day 1967, and sung for some years by the choir of Wakefield Cathedral, to whom it is dedicated.

It’s a delightful and atmospheric programme of Christmas music that will suit that quiet time on Christmas morning before the multitudes come round for Christmas dinner.