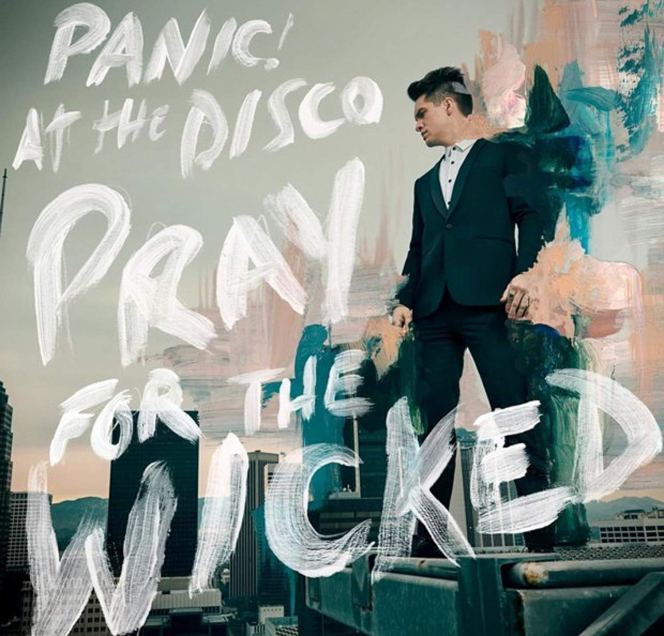 We were never into that whole theatrical branch of emo, led by My Chemical Romance but including Panic!

Over the years Panic! have shed members for a variety of reasons: some were sacked, founder member Ryan Ross wanted to craft rockier fare. The band even went from Panic! to Panic after the ! was sacked for grammatical differences, later overcome. Now only Brendon Urie remains.

His last album as Panic! was still too theatrical for us, but this new offering is straighter and poppier, though it has its moments of drama. Urie’s theatrical bent can be perhaps be explained by the fact as a youth he worked at a smoothie cafe and sang for tips; he’s got a light tenor that spans four octaves, so they got their money’s worth.

Track three on here, the super-cheery Hey Look Ma I Made It perhaps remembers those days: “All my life / been hustlin’” it opens, though he’s aware of the pitfalls: “Friends are happy for me / Or they’re honeysuckle phonies”.

The album opens with one of the standouts, the child-unfriendly (F*** A) Silver Lining, an eminently singable pop tunes as long as you know no nuns or children.

Urie has cited Frank Sinatra and Queen as among his influences and while this is less Queen, the quirky Roaring 20s, which mixes eastern drum n bass with a swing beat, is perhaps a nod to Sinatra. It’s one of the more flamboyant songs. The opener aside, standouts include Dancing’s Not A Crime and the slow closer Dying in LA.

The album perhaps reflects on his career, from failure being unacceptable (the profane opener) to fame being a fickle beast (the closer), with Dancing — which references Jacko — his mid-career peak. Or maybe not.

It’s all very entertaining and this, along with Weezer’s last one, are both ideal summer albums; a little on the shallow side maybe, but perfectly turned out.