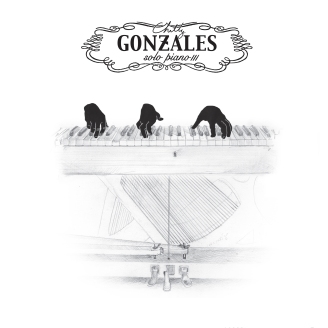 Classical piano albums aimed at the masses are like buses: you wait ages (after Chilly Gonzales’ last one and James Rhodes’s Bullets and Lullabies) and then two come in the same week.

Without being gender-biased, we’d say Stréliski goes for the emotion, Gonzales for the brain: Stréliski’s is for those who wish all piano was like Erik Satie’s Gymnopedie, lovely music that is instantly appealing, Chilly is for those who want their music to be clever, and witty. That’s not to say Stréliski’s music is less intelligent or that Gonzales is not in touch with his emotions, and … well, this is our review and we can say what we want.

You know Stréliski’s work; her music was used in Dallas Buyers Club and she’s written music for advertising. It’s perhaps the latter skill that serves her best. Advertising demands music that instantly captures the listener’s attention and is easy on the ear; the ad is selling a product, not the music.

The word “Inscape” was coined by the poet Gerard Manley Hopkins. It is “the distinctive design that constitutes individual identity and a perception of a deeper pattern” (ultimately God) and Stréliski wrote the album during a period of stress and change, perhaps suggesting that what she was going through was changing her identity.
Despite the philosophy behind her choice of title, the music is notable for its simplicity, rather like Satie’s Gymnopedie, and as gentle.

The CD has come to us from a PR company that usually touts rock music so we guess the market they want is not the typical fan of classical music. The music is generally in 4/4 time, so has a beat that gives it familiarity for those to whom classical music is a strange land.

Well worth a listen: it’s all delicate and beautiful.

If Stréliski is Satie, Gonzalez is Debussy.

When we say his music is for those who want their music to be clever, and witty, try this: closing piece is a pacey tune in 7/8 time, dedicated to Thomas Bangalter of Daft Punk fame, with the riff from Around The World buried in there disguised as a piece of Bach.

Earlier on, Prelude In C Sharp Major takes some Bach and bumps it up from C major to C sharp major, and changes the time signature to 5/4.

You might not get these musical witticisms, but you are aware they’re going on. Having just listened to some Satie, to write the Stréliski review, we noticed that Famous Hungarians sounds a bit like Satie (who was French); the next piece Chico develops from this by adding an extra note to the eight notes of the scale.

Fair play to Gonzalez, he loves the piano and encourages people to play, publishing sheet music, and he’s enthusiastic (and persuaded this reviewer to start piano lessons: 1-0 to Gonzalez).

There’s a bonus track on the review copy, as he explains the secrets of the CD to us dumb critics: he likes to surprise: opener Treppen (“steps” in German) uses a nine-note scale, and he explains that he pushes norms on several tracks, repeatedly landing on the wrong note until it sounds right on another.

His playing is gentle and it’s a nice album. We suspect some classical purists will find it a little too mechanical, although others will enjoy the jokes.
Overall: a nice piano album but slightly lacking the charm of Stréliski.