Boyzone: Thank You and Goodnight 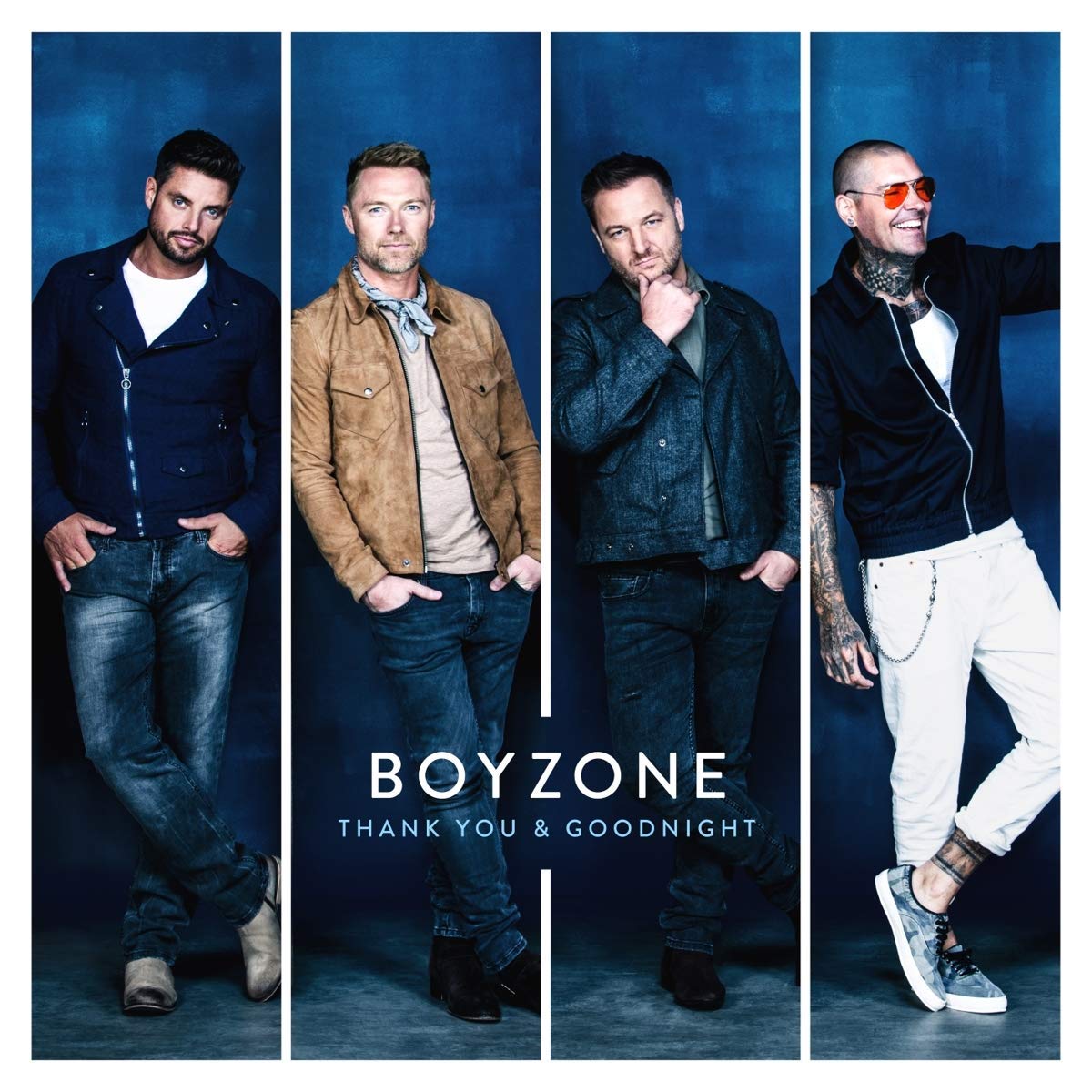 Boyzone have managed to exist for 25 years without troubling the Review Corner sound system, but we guess fans will love this.

Thank You and Goodnight is a collection of new songs, with collaborations guaranteed to get them lots of airplay and bring in new fans.

Ed Sheeran, who was still in nappies when BZ started, contributes (Because) and Gary Barlow, whose Pray was number one the year Louis Walsh came up with the name Boyzone, also throws in a song (Love). Boyzone are taking no chances that pop fans of any age will not hear about this.

It’s as likable and ear-friendly as you’d want, and seven or eight of the songs will be in the 2019 world tour. (The set list is on Wikipedia, they’re that organised). The final song features the voice of the late Stephen Gately.

We doubt very much it’s a final farewell, five years and a massive pay-day for an arena tour will probably mark their return.