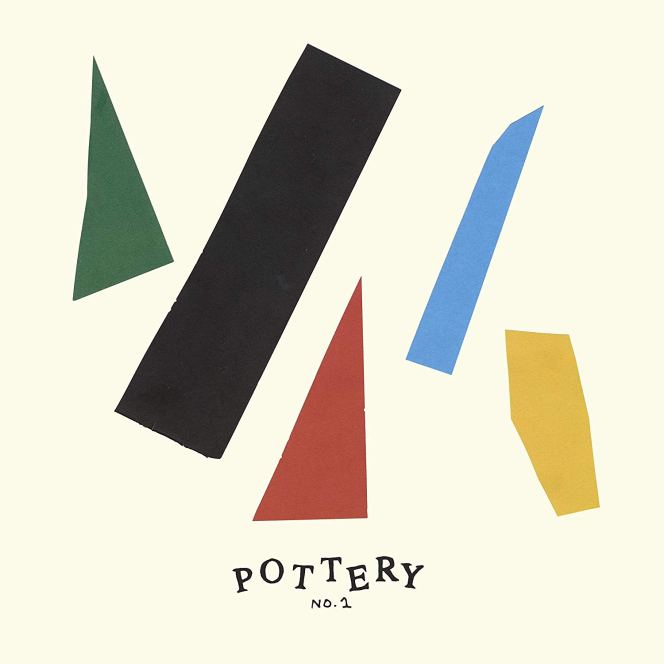 Pottery — who should play Stoke Sugarmill, in The Potteries, as soon as possible — have drums/bass driving the songs along, and all very interesting. They’re the kind of band who’d go down well at the Blue Dot festival — a strong dance groove coupled with psychedelia. Although it’s not particularly innovative, we’ve been enjoying it.

The EP kicks off with Smooth Operator, tom toms and bass leading the way in a psychedelic groove. The vocals are most unexpected: after the twangy guitar licks and stoner pounding you get Orange Juice era Edwyn Collins, before the music goes up a gear and becomes the theme for a Thunderbirds disco as Lady Penelope jives in a trendy Carnaby Street disco.

Spell is more frantic and tight, and rooted in indie of late 70s/early 80s. In some ways it reminds us of The Damned, except more melodic (Lady Solinas is like a lazy Neat Neat Neat), and it goes a bit Pistols at the end. We also thought of Devo.

Hank Williams is smoother and more surfer rock; apparently a mate said their music sounds like “Hank Williams does speed for the first time”.

Lady Solinas has the Damned’s refrain as a guitar section but is more low-fi elsewhere: you could compare a lot of this to Road Runner man Jonathan Richman.

Worked Up is more conventional and laid back and echoes jam bands such as Holy F**k. It’s a proper stoner rock song are more musically accomplished.

Lifeline Costume closes the EP and is seven minutes long, a cross between another groovy Thunderbirds theme song and the heads down rock of Holy F**k; this would be great live, particularly as it slows and speeds up in the middle. There are some proper radio telescope beeps and boops, if they ever play Jodrell Bank.

Pottery recorded No.1 over two nights, cut live to tape, some tracks only requiring one take, which explains the jam feel of a lot of it.

This is out on Partisan Records. They’re touring in the autumn. No Potteries gigs yet.