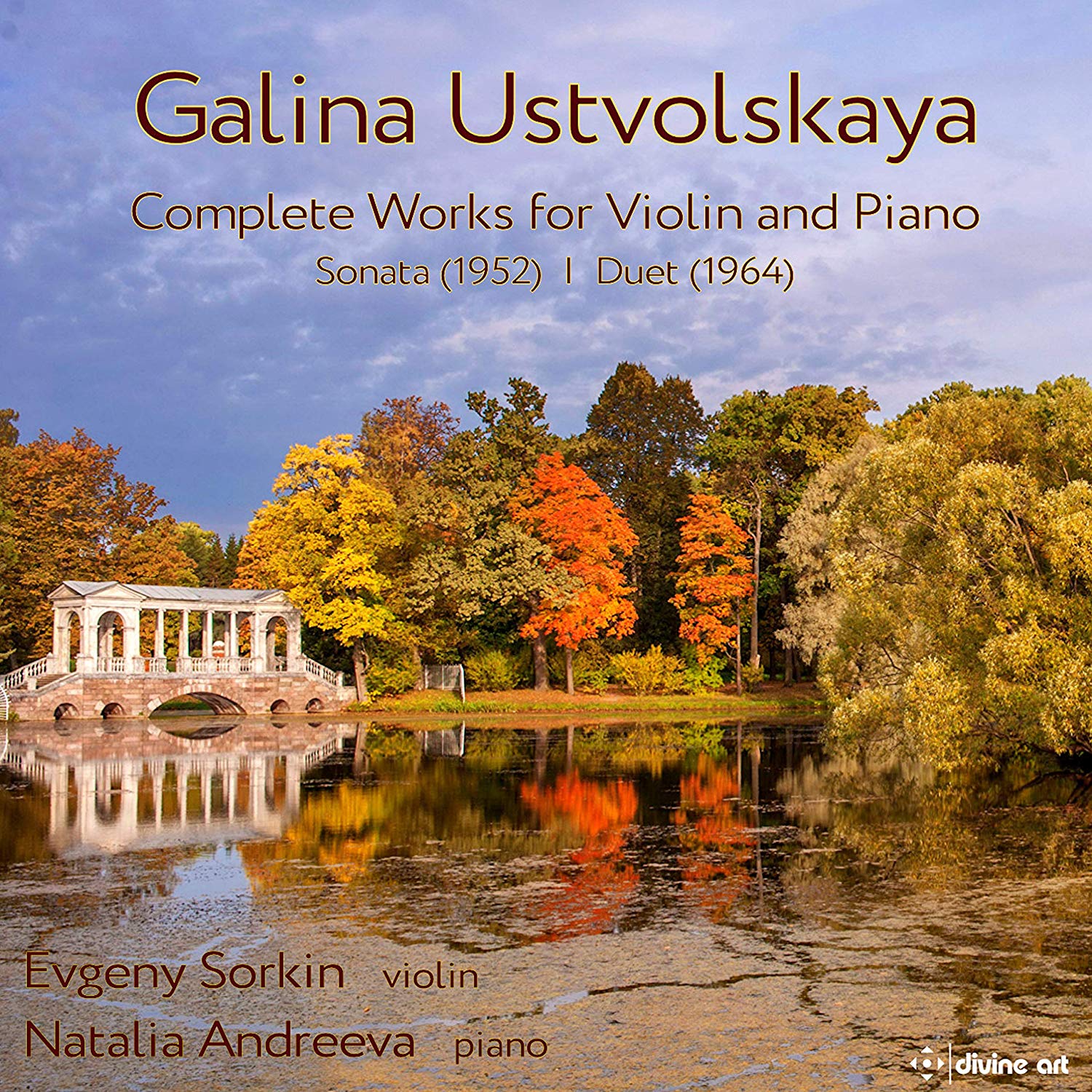 Dutch critic Elmer Schönberger called Galina Ustvolskaya “the lady with the hammer”, not because she whacked the piano with ham-like fists but because she composed using unusual combinations of instruments, and often used piano or percussion to beat out regular rhythms.

She was a pupil of Shostakovich, who commented (according to Wikipedia): “I am convinced that the music of GI Ustvolskaya will achieve world fame,” his predictive powers having an off day that morning.

This album is her music for violin and piano in two major works, a sonata and a duet.
The opening few bars do indeed suggest a regular, not to say hammer-like beat, is to follow but this is misleading and it soon softens, although it still sounds Russian; a culture where a teacher could call his most promising pupil “GI Ustvolskaya” and not “Galina”. The composer herself did comment that “My music is certainly not chamber music…”

What it is, is atmospheric. It’s harsh in the sense of not being romantic but it’s not strident; it’s thoughtful and sad more than anything.

The sleeve notes are good, giving an impression of the music and the culture in which it was composed. The sonata was composed one year before Stalin’s death, so Soviet state terror was in full swing “and Russia was not a good place to be”.

“People really did sleep in their outdoor clothes, with a ready-packed suitcase, waiting for the secret police to knock,” the notes say. A composer in those times was hardly going to compose gentle rural idylls, although this is not to say there is no beauty in the music.

The Sonata for Violin and Piano is the gentler of the two, though the sleeve notes indicate it reflects Stalin-era Russia, doors being knocked on and footsteps in halls.

The Duet For Violin and Piano is harsher and does indeed feature the instruments beating out a rhythm. The sleeve notes say Ustvolskaya left notations such as “rhythmical beat like a motor”, less hammer-like but more like the steady beat of a machine; in places it takes up the more calming motion of a train. The fourth movement (“not faster”) is almost minimalistic, with the violin plucked in places and the piano interjecting. Music reflecting on the harshness of life. Natalie Andreeva is as excellent as ever on the piano.