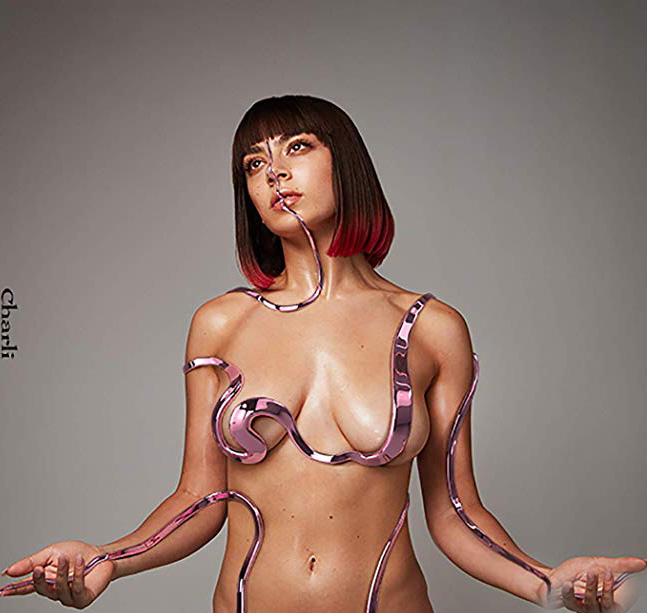 We had Charli XCX pegged as bland pop singer aimed at teenagers who listen to X Factor but we were either wrong or she’s taken a new direction. This still bears all the hallmark of commercial pop — she’s not daft enough to abandon tunes that will sound good on the radio or in clubs — but there’s also an edgy, if not experimental, side to this.

Next Level Charli opens (“I go hard, I go fast, and I never look back”) and it’s a more conventional song, even a bit of a banger, so as not to frighten away old fans. Gone is even more commercial, featuring Christine and the Queens and a massive chorus. Cross You Out is where it starts to stray from the formula, a heavy bass sound and minimal tune; it would make good music for a film. 1999 goes back to the pop of that year, referencing Britney; closer 2099 opens with clanging electronica but is a minimalistic tune that changes direction at least once, presumably the pop of the future (1999 might make you think of Prince; in songs such as the slower I Don’t Wanna Know, apparently the oldest song on the album, she nods to Prince).

All in all: it is basically pop but she does her best to work the genre.