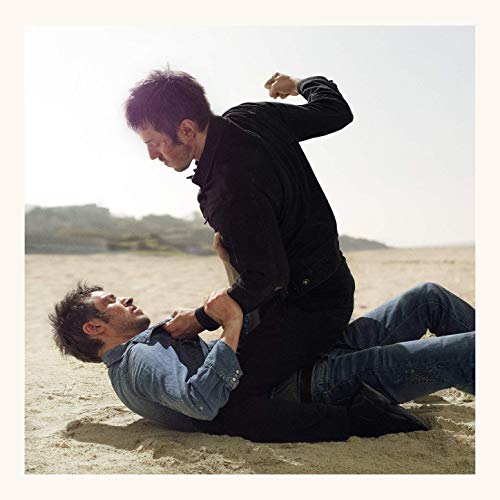 Without wanting to sound pretentious, you only have to know that this is out on (dance label) Ed Banger Records, to know the sound. The label is home to Justice and Uffie (Pop the Glock), as well as Cassius, Krazy Baldhead, DJ Mehdi and Mr Oizo: old-school club bangers. (Think Stardust’s Music Sounds Better With You).

Sebastian’s (he spells it SebastiAn, but we’re having none of that) last album was Total in 2011, packed full of memorable tunes and still getting regular outings at Review Corner discotheque nights. Since then Sebastian has produced Frank Ocean, MIA and Charlotte Gainsbourg and remixed Daft Punk, The Kills and Rage Against The Machine. His contacts book has got fatter, which is why Thirst has so many guests on it, from Charlotte Gainsbourg to Sparks.

Total was beat-heavy and simple (and enjoyable); Thirst is more clever, mixing electro, more sophisticated house, R&B and even pop, although he throws in some sturdy synth beats to remind fans of the first album what it’s all about. For the first few plays we thought it was more a collection of singles, but it grows in cohesiveness the more you play it. It’s not really one to analyse; it’s varied house/dance tunes made to be played loud.

Amusingly, the last album sleeve was two lads kissing; for this one, they’ve come to blows. They’re both Sebastian, obviously.