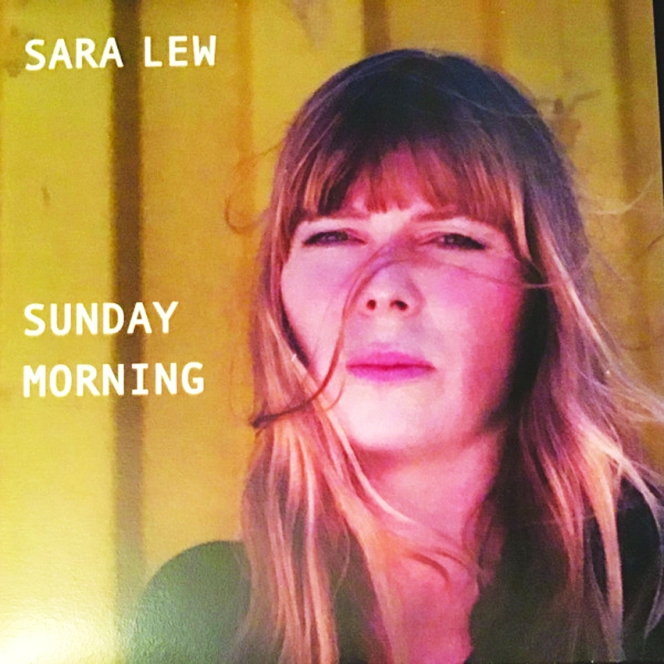 Judging books by covers and all that we thought Lew would be country (or western), or maybe an earnest warbler with acoustic guitar but she’s neither.

We played it through a couple of times before looking on the web and were surprised to learn she is from Copenhagen, but not surprised that Nis Bysted worked on it; we’ve not heard of him but he has produced the excellent Danish collective Choir of Young Believers. You’ll know them if you’re a fan of scandi-noir, as the opening track of their album This Is For The White In Your Eyes is Hollow Talk, the atmospheric title music from The Bridge.

Anyway: skipping to the Lew, this is decent atmospheric scandi pop, akin to the previously mentioned Choir of Young Believers but also reminding us of bands like Dag for Dag.

In an interview we found, Lew said the title of the album – and the title track – came about because she wrote the song on a Sunday morning, but one with a difference: she was on holiday with her family in the Outer Hebrides, “in a house surrounded by a beautiful, stunning view of deep cliff mountains and the Atlantic Ocean”. So while typified by the dark swirling sound of scandipop, the music has a breezy, outdoor feel, the atmosphere favoured by people who take their holidays on exposed cliffs and when even northern Scotland is not bleak enough.

She has a decent voice, though it’s down in the mix; a little Cyndi Lauper maybe. The music is gloomy pop indie guitar, slowing down from thoughtful to mournful as it plays. She said in the interview that “most of the songs come out of everyday life in a relationship”, and all the ups and downs of a life together.

It will probably appeal to people who can guess what it sounds like; perhaps a little too indie for many.