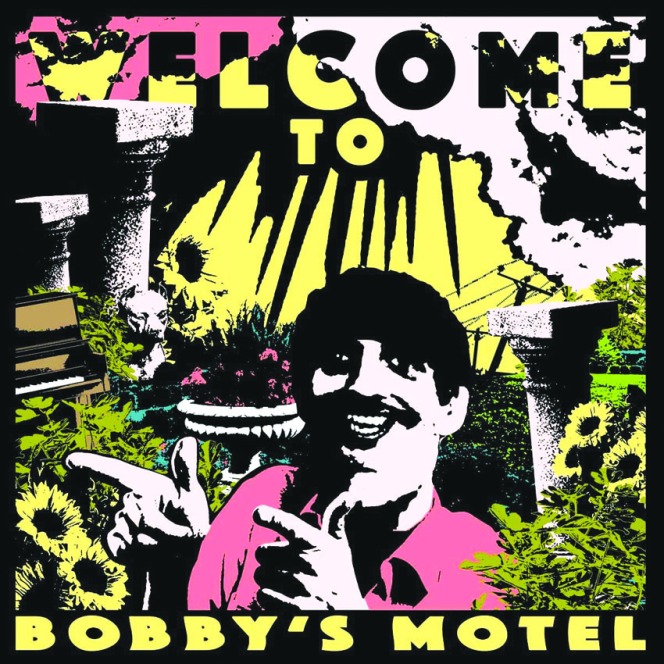 This a fine album, interesting and meaty, with added cowbell for those who feel modern music lacks such percussive adornment.
The title track kicks it all off, opening with a frantic snare roll and then the speeded-up soundtrack to a Tarantino movie, lots of tom toms, psychedelic guitar and a voice-over about dreams, then, after an interlude, a more measured section with groove and cowbell.
Hot Heater is (like a lot of the album) paraphrasing Talking Heads, ponderous beats, jagged instrumentations and David Byrne-style vocals but then takes off in a more soulful and funkier direction.
Under The Wires has punk guitar but complex percussion before the album hits peak pleasure with Bobby’s Forecast, a complex, funky jam of a song somewhere between 70s soul and a psychedelic rock band, an area previously covered by Funkadelic. It’s funky with a blissful groove, one of those songs you don’t want to end.
As well as Talking Heads and Television, they listen to the likes of The B-52s and Devo, we reckon.
The music is good but part of the album’s quality is the pleasure the band members take in playing together, really tight and with lots going on. Mid-way through one song the singer shouts, “C’mon! Give me the drums!” and later, “Come on! Break the drummer’s arm!”, this through complex funky beats, and not violence.
Down In The Dumps follows. It breaks the groove with backwards synth before more arm-breaking funky drumming while the aptly titled Reflection is gentler, a Doors-style tune.
Texas Drums PtI and II, meanwhile is an LCD Soundsystem-style beat-heavy track with shouted lyrics: “All my best friends moved to Texas! All my best friends play the drums!” and after pause for thought, “Drums! Drums! Drums.”
The lyrics are not the main thing about this album; topics range from drum kits to boozy nights out and possibly the dangers of drug abuse.
An excellent album. Oddly it reminds us of ELO, in as much as Jeff Lynne threw everything including the kitchen sink and stopcock into some songs – and he’s a musical genius. This has the same feel – a lot going in but all perfectly arranged.
JMC