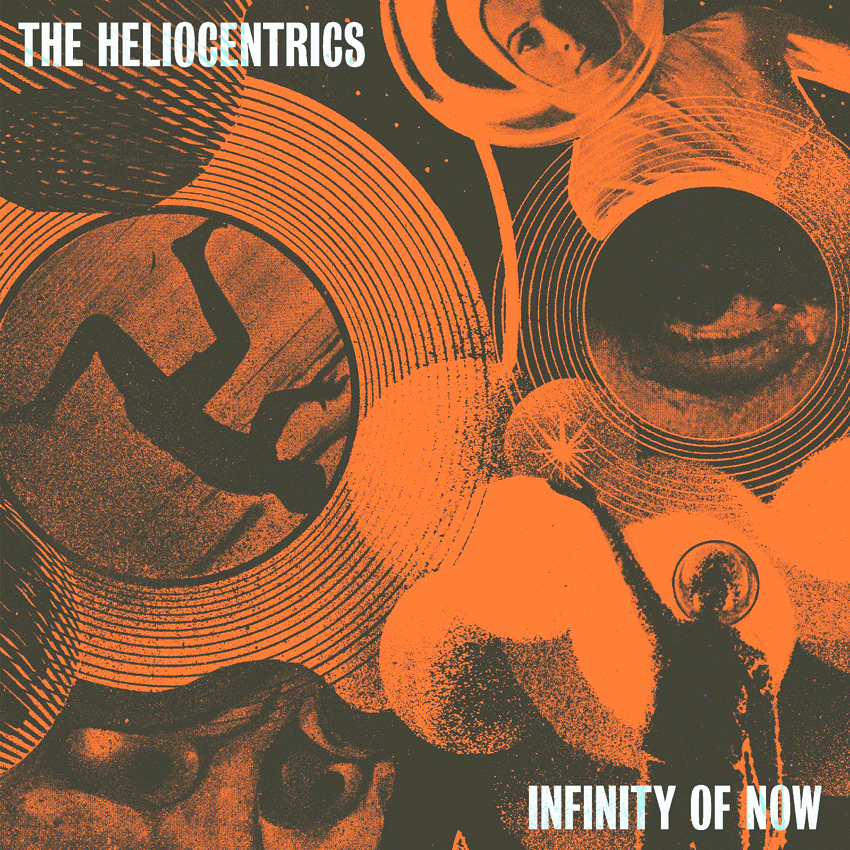 The Heliocentrics: Infinity of Now

The Heliocentrics bill themselves as psychedelic-funk which is about right: it’s a hybrid of jam music (Goat or Holy F—sprang to mind) mixed in with Portishead and some Can / krautrock. They claim to sound like the funk of James Brown and “the disorienting asymmetry” of Sun Ra (psychedelic jazz player) It’s all very cool, though there’s not a lot of range.

Opener 99% Revolution reminded us of Tricky’s Maxinque, courtesy both the drums and the female vocals. Elephant Walk is more jazz, slower and more atmospheric; a whole album of this would not be amiss but it’s not to be, as Light In The Dark goes back to a more trip hoppy sound, vocalist Barbora Patkova singing in Slovakian before a creepy organ sound (Scooby Doo in the haunted house) comes in. Bristol triphop band Ilya (They Died For Beauty era) also spring to mind: The Heliocentrics are London based but they must at least have mates in Bristol. Hanging By A Thread is more of a jam sound, with some neat guitar.

The band was formed by drummer Malcolm Catto, so there’s a strong groove throughout, though he never dominates. The quality is high; closer Venom is as cool as any moment on the album.

The Press notes say the band’s Catto and bassist Jake Ferguson are both accomplished musicians and obsessive music fans, which is perhaps why the more we play this, the more we like it. “The Heliocentrics search for it in an alternate galaxy where the orbits of funk, jazz, psychedelic, electronic and avant-garde” say the Press notes, and, if so, it’s a place you might want to go. For fans of more melodic space rock, trip hop and jazz.

Help the Helios make a living. Buy from here.