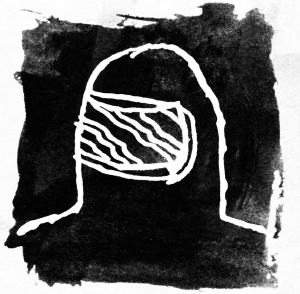 Something to do with flying and an alcoholic who swung from chandeliers: we weren’t expecting much from this. In fact — stunning. It’s vying with Mounties and Malpas as our album of the year.
Flying swashbuckler Aero Flynn is really Josh Scott, and he’s a mate of Justin Vernon, whose own alias, Bon Iver, is much better known. Without knowing about this connection, you’d have thought of Bon Iver anyway, as it’s a similar kind of mix of gently folk with synths. Just better. Radiohead better; it’s somewhere between Vernon and Yorke, with a touch of Ibiza chill-out.
Opener Plates2 kicks off the album with just guitar and Flynn’s voice, which leans towards frail. It’s a bit like Smog (the band, not the pollution).
Twist is where it all goes a bit cooler: dreamier vocals, synths and strings, and some beeps and boops. It’s teetering on becoming the song we must play every day because we need to hear it, an honour that’s only been bestowed on three other tunes this year. Despite being a little ethereal, it’s got a nice groove; it’s like someone slowed down a Nile Rodgers dance tune and turned it into chill-out.
Dk/Pi is more up-tempo, with a tight drumming and a nifty bass line, but all — like the rest of the album — nicely understated. His voice never dominates the songs, which makes the music itself as important as the singing.
Floating is another standout, and too complex to be a must-hear song though it’s rather wonderful. The early gentle vocals giving way to a staccato percussion section and then a luscious synth climax. We’d guess Scott is fan of Sebastien Tellier, because the song structure is very similar to La Ritournelle, in the way it builds to a (well mannered) crescendo through repetition.
The gentle Maker is also good, as are the closers Brand New and Moonbeams, which bring the album to a gentle end. It’s all good. Buy it now. Off you go.