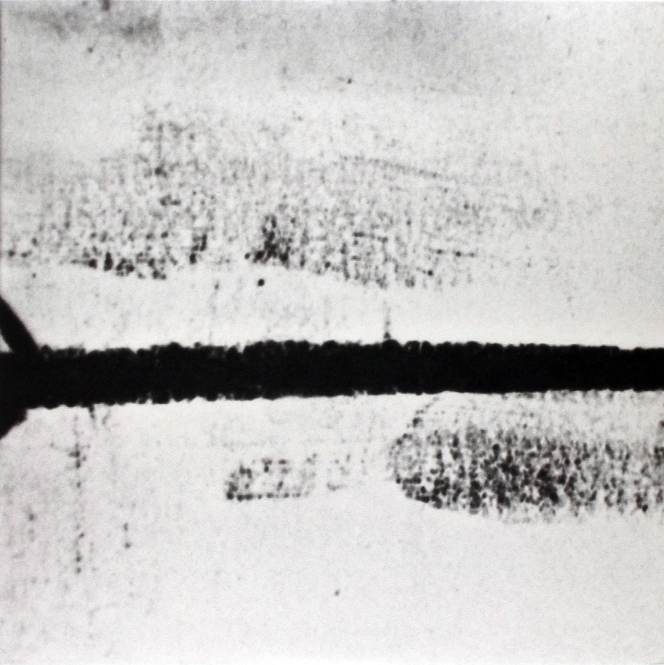 We often wondered about why experimental / arty band Liars kept going but now we know — it was to inspire others with their creepy (and often unlistenable) electronic experimentation. Black Owls take the scary experimentation of Liars and make it more palatable, though this is still unsettling music in places.

Thus Owls are from Montreal and are both experienced musicians: Simon Angell played with Patrick Watson’s band (you might have heard their music without knowing, in shows like The Walking Dead), while his wife Erika played with Loney, Dear.

Opener Asleep in the Water is a gentle, mournful song that builds nicely, but the title track that follows opens with a harsh machine-gun snare and Liars-style disturbing synth. The vocals are as robotic as the snare sound, and then comes a pulsing synth, taken from a low-budget 50s scifi movie about being lost in the vastness of space. The lyrics stay fairly unearthly (they’re a bit Kate Bush) but melodic, while the music underneath stays harsh throughout. Shields opens with more melodic synth but mellows into a rather dreamy vocal-led tune.

It reminded us of Ilya, purveyors of down-tempo music from Bristol, though we’ve not heard from them for a while. This is possibly the closest it gets to pop.

Turn Up the Volumes was similar but darker. Vector opens with rather luscious synth and a refrain that could have escaped from a New Age CD though it goes wonky at the end and becomes a swarm of angry bees.
Again, Closer We Leave/We Forget is a dreamy but engaging tune.
As well as Liars and Ilya, this also made us think of Incantations era Mike Oldfield.
Despite the discordant sounds in places, this is an engrossing EP. It creates a definite mood and we found it hard to review, as it all merges together into one impression.
This is marketed as an EP but at over 30 minutes it’s as long as some albums. This came out ages ago but we missed it: sorry, Black Owls.