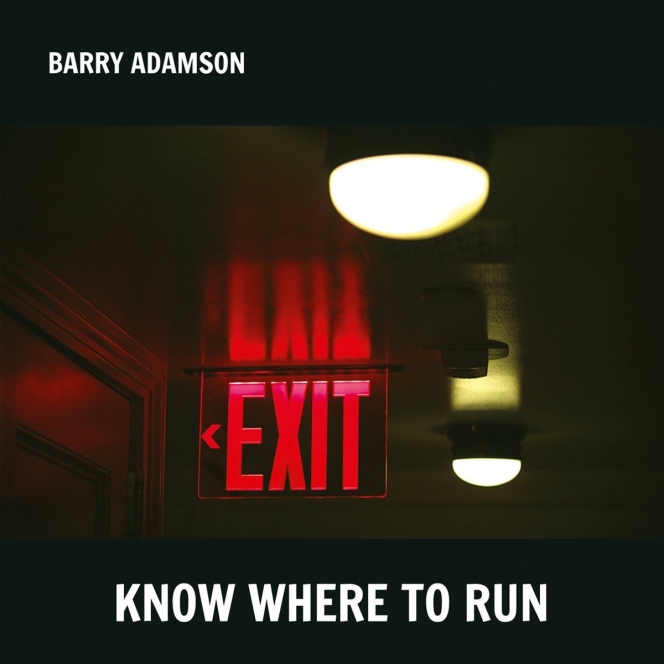 We’ve been listening to Adamson for many years without realising it: he played with Magazine, and was on their punk classic Shot by Both Sides in 1977.

He’s played with bands ever since, most recently Nick Cave and the Bad Seeds on 2013’s Push the Sky Away. He’s a man who’s worked hard at his music.

We were a little unsure what to expect of this — there’s nothing worse than lifeless rock from a bloke who’s toured with talent but can’t write a good tune himself — but this is a strong album. It speaks of a musician who has studied a variety of genres, from punk to jazz and even classical, and knows how to do them all.

Albums like this suffer from “Why should I buy it?” syndrome, because there are many good albums released by new bands on which to spend your cash. Sometimes we can’t think of a reason; in this case we can — because it’s really good.

It opens with the instrumental In Other Words, a slightly psychedelic jazz funk fusion that flags up that this is going to be an interesting album. After a lively ambient opening, a powerful jazz-influenced bass line comes in (Adamson is a bassist and the album has a strong groove) then it just builds, with a repetitive keyboard refrain.

Cine City offers the first vocals — Adamson has a good voice that’s like a bluesy Johnny Marr — and something of the earthy feel of Magazine, though it’s bluesier (New Orleans is mentioned). We don’t have lyrics but there’s some wit with lines like “Spending more money than the Black Eye Peas” and “I spy with my little eye / Something beginning with FBI”.

Come Away is slower and opens with piano, before a sweeping keyboard sound comes in; the latter is a bit Bob Dylan but overall the track reflects the time he spent with Nick Cave. It’s a slow, reflective and enjoyable song.

Death Takes A Holiday on the other hand is a faster tune that reminded us of classic Fatboy Slim, chorus aside (which is a slice of the Swinging 60s). That song has a title that belies the tune and the same is true of Claw And Wing, which is more Dean Martin than the dark Nick Cave track the title might suggest. Texas Crash on the other hand lives up to its name, a raucous, rolling blues tune that sounds like it was from Austin, not Moss Side.

As we say, an enjoyable and accomplished album, perhaps best suited to more mature ears but well worth buying.