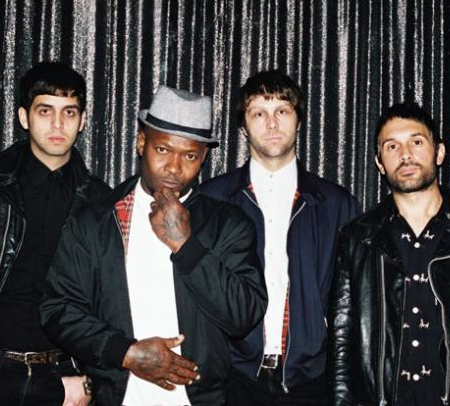 We’ve heard people raving about The Heavy and can see why: they’re basically the best wedding band you’ve ever heard, and they’ll keep you awake and happy on the drive to work. If “the best wedding band you’ve ever heard” seems harsh, it’s not meant to: fans of the Blues Brothers, particularly the live touring shows, should take a listen to this UK revue band in action.

Anyone who’s heard a Blues Brothers incarnation will know what this sounds like: sweaty, funky rock/soul with lots of energy and even more brass.

Opener Since You’ve Been Gone sets a high standard that the album more-or-less meets: frenetic drums, driving beat, a crescendo, a stop in the middle for a choral bit and slow build-up and over-the-top chorus. It reminded us of Do Me Bad Things, who combined soul, dance and metal with a similar spirit as label-mates The Darkness (if you saw the Permission To Land tour, DMBT were the support).

What Happened To The Love reigns it all in, a rough as houses blues/garage tune. This is one you can really imagine the Blues Bros playing. As for the rest, it’s consistent, whether veering towards funk (Not The One), classic soul (The Apology, Nobody’s Hero, Turn Up) or pop (Miss California or Last Confession, surely inspired by Doves’ Black And White Town).

Closer Goodbye Baby is the slow one for the end of the wedding.