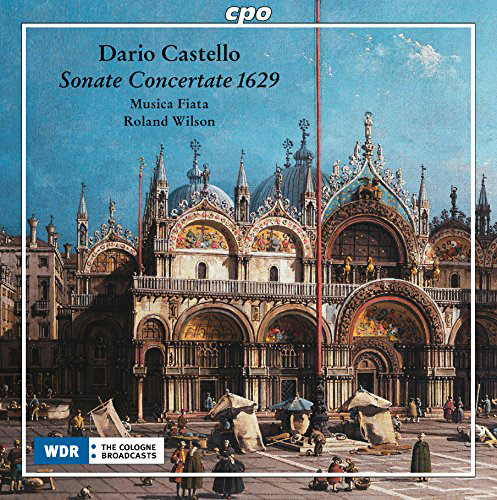 We always seem to getting CDs of forgotten geniuses; this time its Dario Castello, whose music was published in 1621 and 1629 and was so groundbreaking it continued to be reprinted until 1658. Castello’s music was popular throughout the c17th and beyond, too.

Unlike some of the CDs reviewed recently, this was not music composed to be sold as sheet music in bulk to amateurs; the parts are complex and presumably hard to play. This is music for professional players.

Castello and his brother played violin, bassoon and trombone so all three instruments feature, as well as cornetto and harpsichord. Although the range of music is limited, it’s all quality and very enjoyable. Fans of the baroque or even early music should consider this. The CD is performed by Musica Fiata, which has a reputation for performing Renaissance and Baroque music, directed by Ronald Wilson. Out now on CPO (555011-2).