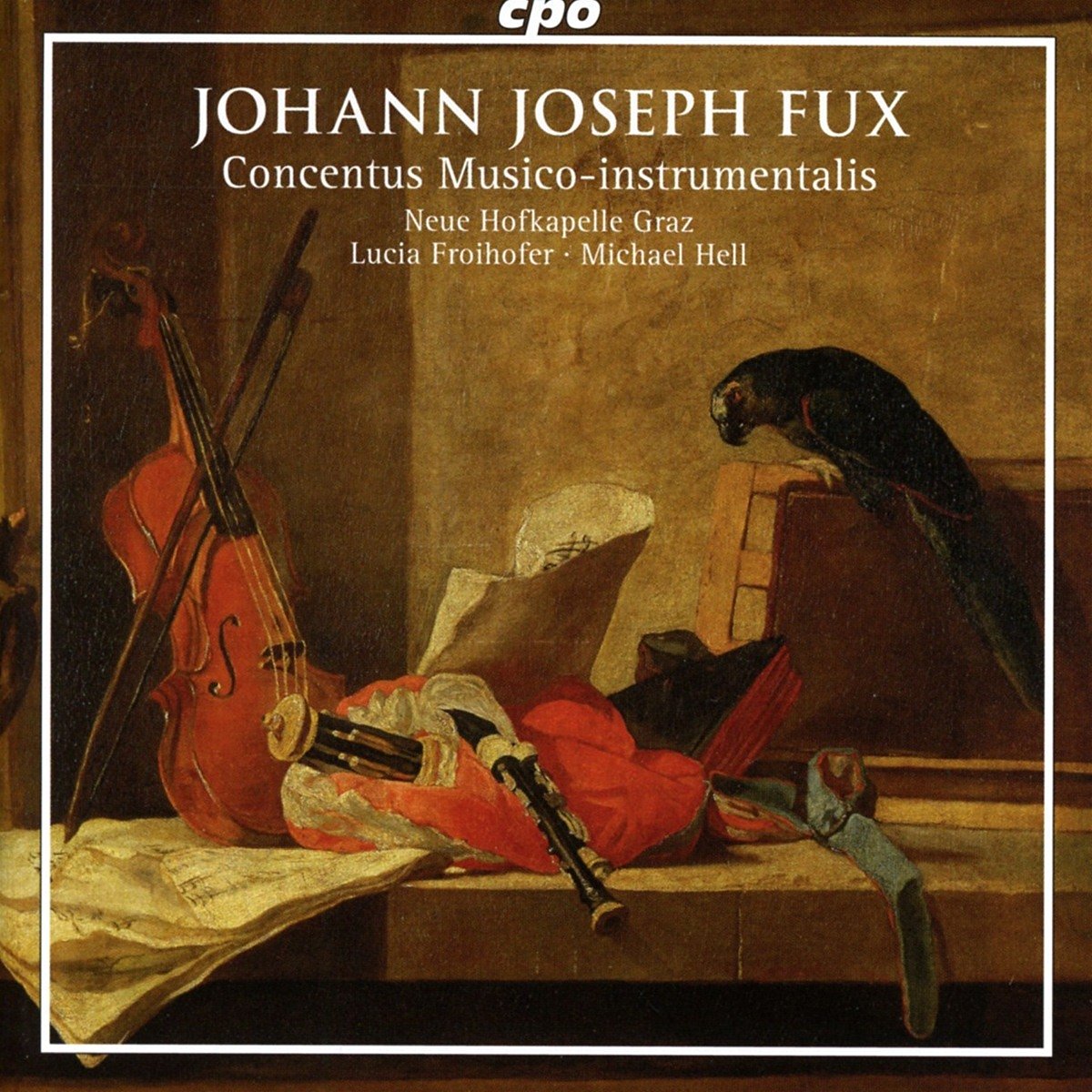 This isn’t really a Christmas album but it’s baroque (with a feel of early music). It’s the kind of music you’d have playing while you imagined you lived at Chatsworth House, freshly-scrubbed  servants singing carols out in the hall and wood, gathered by minions that morning, burning merrily on an open fire on Christmas morning.

Fux (1660-1741) was an Austrian composer, and teacher who wrote a treatise on counterpoint, which Wikipedia tells us has become the single most influential book on the Palestrinian style of Renaissance polyphony. Read it many times.

For all that fame, we can only hear Concentus Musico-Instrumentalis by chance, as Fux’s first work was nearly lost, saved by a single copy and this double CD, from the baroque orchestra Neue Hofkapelle Graz, is the first complete recording. He was clearly a talented composer, but he’s ELO’s Jeff Lynne to the Beatles’ Lennon/McCartney — he wrote a good tune but he’s not quite immortal.

There are no great moments but the music has lots of texture and it’s always pleasing as it wanders around the sounds of other more famous composers, from Handel to Purcell.

Unchallenging is the word, but it’s a nice double CD of baroque music, around an hour on each CD.