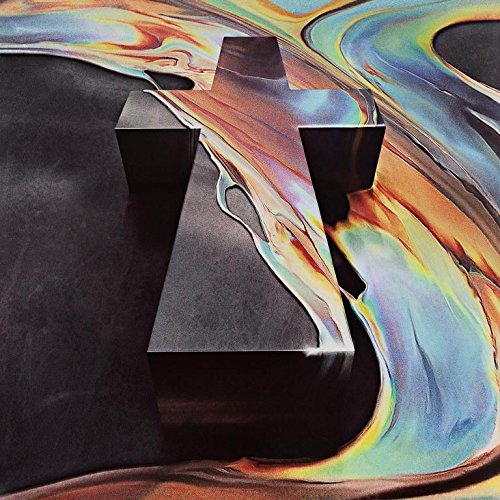 This is Justice’s third album. It’s safe to say their first (Cross) was a corker but the second (Audio, Video, Disco) was a bit pants.

This new one is much better than the pants one but not quite at corker-dom. That’s partly because the first one was so good, the band’s Gaspard Augé and Xavier de Rosnay creating sounds that forced reviewers to use words like “phat”. (Just listen to the bassy synth in opener Genesis. Phat is the only word). Cross also contained the hit single D.A.N.C.E., probably the best tune they’ve done. Admittedly, some of the tracks on Cross were less good but as an album it was quality.

Woman sees them basically play it safe, turning in dance tunes that might fall short of banger status, but aren’t too bad at all. Opener and lead single Safe And Sound is a bit like D.A.N.C.E. with its choir and 70s disco strings sound.

Pleasure is more of the same, a modern take on funky pop disco. There might be no big synths but Fire has a sturdy bassline while Stop is an 80s pop tune that could nearly have been by Duran Duran.

Chorus — which doesn’t have one — opens as if it’s a lost Jean Michel Jarre track, all swirly synth and effects, before an off-kilter disco beat comes in.

In a nutshell, this is unmistakably Justice but they’re playing it safe.