Toothless: The Pace Of The Passing 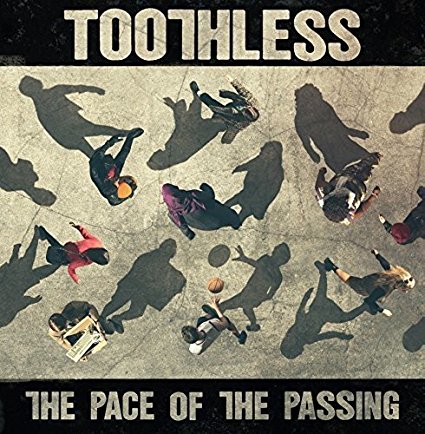 Toothless is Ed Nash, the bass player for the excellent Bombay Bicycle Club, one of two English bands (Foals being the other) producing world class adult pop. They’ve now hung up their bicycle clips for a while, and Nash has made this.

He’s a clever and learned chap, and the Press notes could probably act as revision cribs for a degree in modern and classical culture.

“Toothless” comes from a Raymond Pettibon drawing, an artist infamous among the 1980s LA punk scene for his gig posters, who drew a tiger biting off a boy’s head with the caption: “Even toothless, she can still bite off a boy’s head.”

Some of the tracks and the artwork are a play on the Powers Of Ten video by Charles and Ray Eames of IBM, which you’ve all seen — it starts with two groovy kids enjoying a picnic in Chicago, then every ten seconds views the starting point from ten times farther out until our own galaxy is visible only as a dot, then returns to Earth, ending inside a proton of a carbon atom.

On the other hand, if you care nought for mythology, it’s got some good tunes, too. It’s a carefully crafted and layered album and it reminded us most of stoner pop outfit MGMT, who wrote slightly distorted, relaxed, playful tunes that made for pleasant listening.

Charon opens the album gently but other songs are livelier and even suggest dance remixes round the corner, as happened with MGMT.

Get your teeth into it: