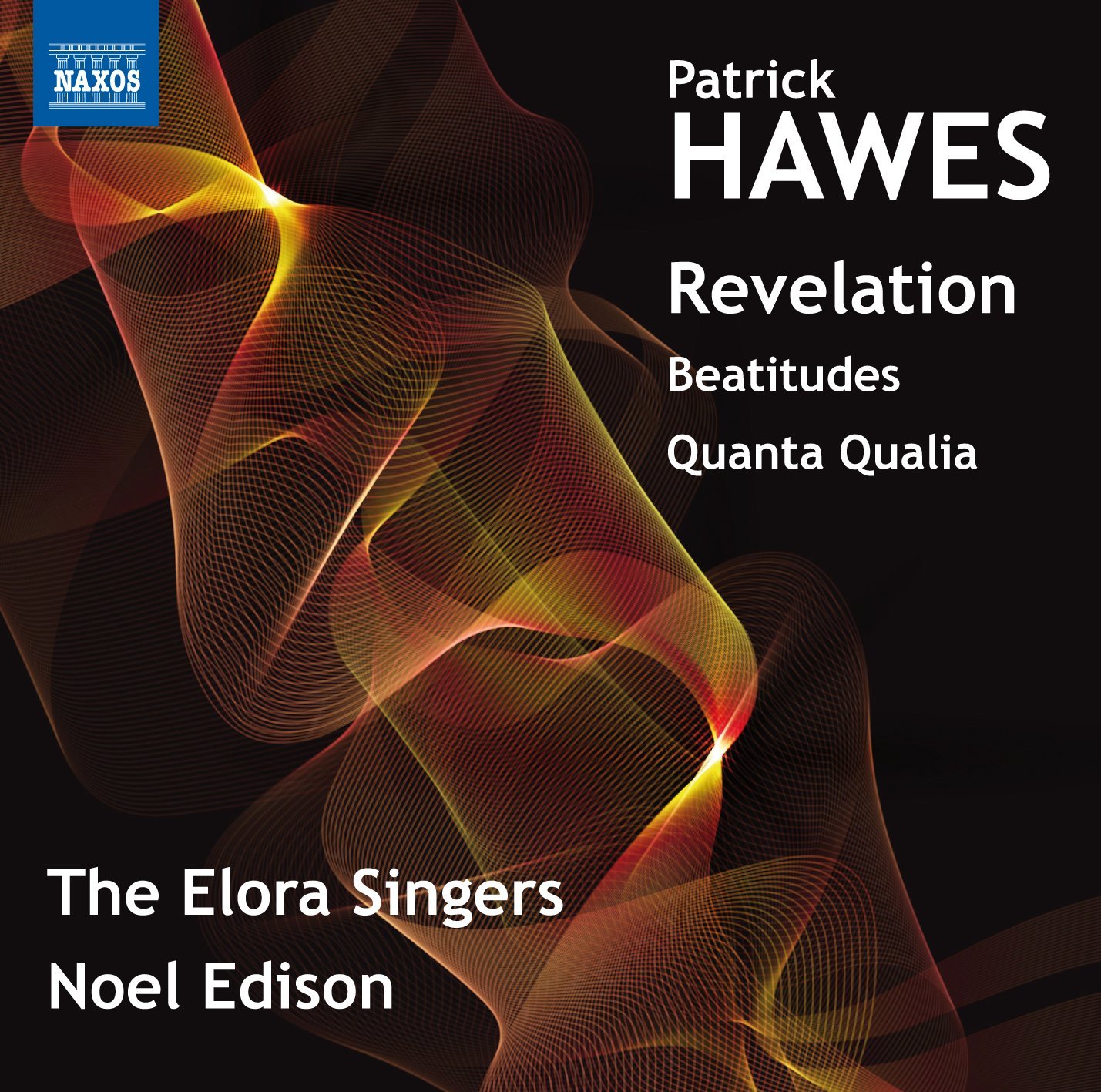 This is a tranquil and calming album, despite the title (Revelations featuring blood, mountains of fire, bottomless pits and destruction).

It’s a weighty topic delivered with a light touch; the nine pieces that make up the album are inspired by the Book of Revelation and its imagery. A second work, Beatitudes, is a collection setting the eight Beatitudes of Christ from the Gospel of St Matthew. Quantia Qualia is a bonus piece that the performers, The Elora Singers, wanted to perform after its reception at a live concert.

Hawes is a Christian, so he gives the music due reverence, but he’s also a commercial composer and his music is accessible; you could play all of this on Classic FM and not offend anyone. It’s uplifting and ideal for thoughtful moments or to relax; proper Sunday night music.

Hawes himself has been nominated for a Classical Brit award and was voted by Classic FM listeners as the fastest and highest new entry into the station’s hall of fame (we are told). He’s written with Julian Lloyd Webber and was commissioned by The Prince Of Wales to write the Highgrove Suite in 2009.

Classical, Singers
8.573720, A Great and Wondrous Sign, albums, Alsager Chronicle, alto saxophone, Be Still, Beatitudes, Beatitudes and Quantia Qualia, Biddulph Chronicle, buy this, Coming with the Clouds, Congleton Chronicle Series, Epilogue: The Alpha and the Omega, Fallen is Babylon the Great, From the Throne, good music, Hallelujah (The Marriage of the Lamb), I Saw a New Heaven, Jem Condliffe, Julia Morson, Let Us Love, Naxos, new music, opinion, Patrick Hawes, Peace Beyond Thought, Prologue: This Prophecy, Quanta Qualia, Revelation, review, Sandbach Chronicle, The Edenham Eucharist, The Elora Singers, The Lord’s Prayer, The Meek, The Merciful, The Peacemakers, The Poor in Spirit, The Pure in Heart, The Word, Those who are Persecuted for Righteousness’ Sake, Those who Hunger and Thirst for Righteousness, Those Who Mourn, Worthy is the Lamb