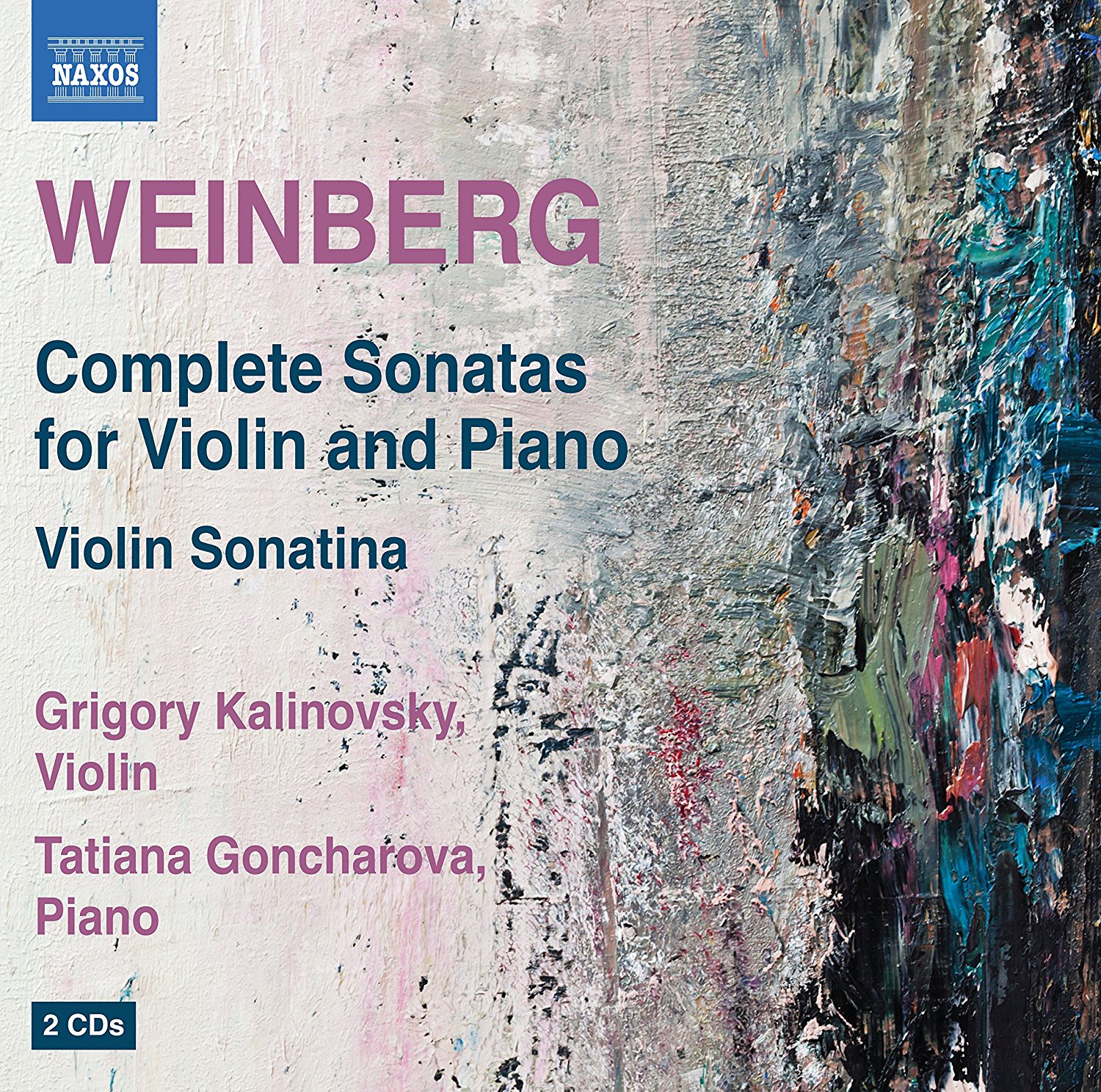 Weinberg is recognised as one of the outstanding Russian composers of the second half of the 20th century (say the Press notes, we won’t pretend we knew that). He was feted for his symphonies and string quartets, but also wrote a sequence of violin sonatas. Shostakovich’s influence is evident (say the notes) in the Third Violin Sonata, though the more casual listener can detect Jewish elements.

This is a nice CD. Last week we were stressed in the Review Corner and played a lot of heavy rock (nu metal, actually). This week, for obvious reasons, the mood has been more sombre and this programme suits that mood to a T.

The sonatas run chronologically, so the first piece, The First Violin Sonata, is animated, not to say light hearted in sections, with a Jewish/Gypsy flavour in places in its first movement. The final Allegro is lively, with piano that almost slips to jazz.

The Second Violin Sonata is smoother, the Lento having a touching melody, and the listener can hear the composer developing his craft: the fourth sonata is accomplished, while the sixth, composed sometime later, sounds more modern, almost improvised.

Tracks aside, it’s probably the mood that will appeal, slightly downbeat and sombre, even a little dry in places: it has the air of rather serious people playing serious music to an unsmiling audience, though don’t let that deter you. That dryness aside, the playing (Grigory Kalinovsky, Tatiana Goncharova) is excellent.