Anthony Goldstone: The Piano at the Ballet 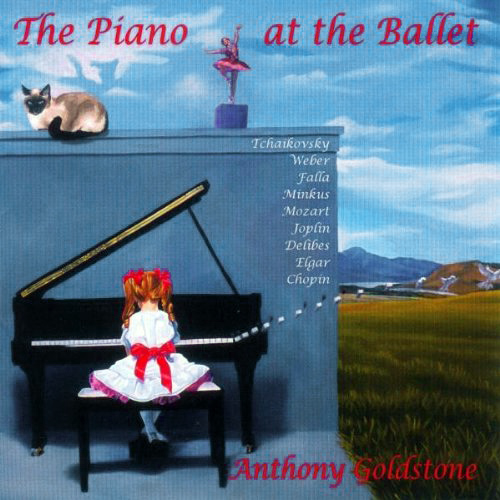 You get one piano transcription of orchestral scores and another two turn up. Like buses, piano transcriptions. A couple of weeks ago we had Enigmas, the work of Elgar; last week it was an excellent disc of performances of Mussorgsky, now this.

On one hand it’s a charming piece of entertainment, in which complex music is reduced to an accessible essence so well crafted it almost seems lightweight. On the other; it’s a little bit sad, because Goldstone is no longer with us, having died aged 72 in January.

A musician described by The New York Times as “a man whose nature was designed with pianos in mind”, Goldstone was one of Britain’s most respected pianists. Life: you’re just getting really good at something and then you’re gone.

We’re not going to pretend familiarity with the original scores; we recognise some sections and not others but that doesn’t matter, because it’s all delightful. Goldstone plays superbly, as befits a man designed for pianos. If you know the scores, you’ll probably enjoy the piano version, and if you don’t, it’s a rather wonderful CD in its own right.