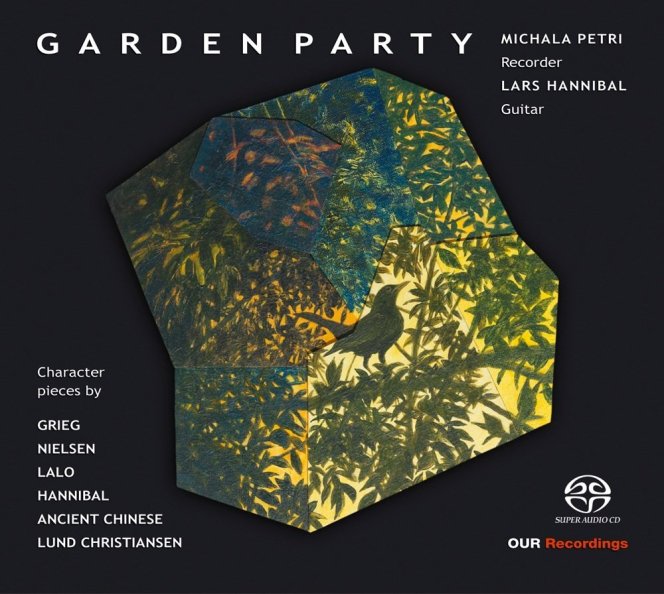 This is an odd little album, but in a good way.

Michala Petri (recorder) and Lars Hannibal (guitar) played their first concert in Andalusia, Spain, in 1992, and 25 years and 1,500 concerts later have selected this programme of some of the pieces they have played live.

As the cover suggests, birds loom large and the title piece is inspired by birds that composer Asger Lund Christiansen encountered on forest walks. Even away from that piece, the sound of nature is a theme, or at least the simplicity nature offers.

The opening Humoresque-Bagatelles (Carl Nielsen) were composed as little piano pieces with his children in mind; the first is Hello! Hello!, others include The Spinning Top and A Short Slow Waltz (it is, too). The sleeve notes say Nielsen’s international fame largely rests upon his writing of complex, modern music but it is his hundreds of simple songs that endear him to the Danes.

Hannibal’s own Dreams follows, a dreamy piece with faint echoes of A New World Symphony’s Hovis music. It’s rather beautiful.

The title track avoids the obvious by characterising the birds as much as just imitating the songs, though there is some distinctive recorder.

The programme ends with an example of the duo’s work with Chinese musicians, a melancholy Chinese melody by Chinese flute master Zhang Weiliang arranged for Western instruments.

It’s all charming and certainly a little bit different. It really is like being out on a summer’s day for a garden party. The fact that they’ve played those 1,500 gigs means it’s a given that the playing is excellent. A pleasant album that’s a little different.

Get out in the garden: