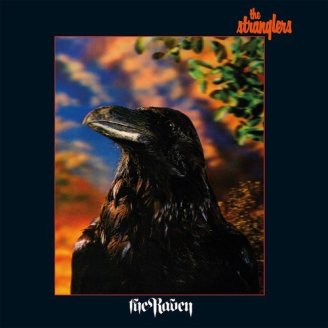 The Stranglers were without doubt the best band to emerge from the punk era. The Damned were largely rubbish, the Sex Pistols as manufactured as The Spice Girls and The Clash lacked any quality control; their longevity is down to all their fans later becoming music journalists and banging on about what a seminal band they were. None of them were as original or wrote as many good tunes as The Stranglers, and this reissue is a good way of discovering how good a band they were.

Originally the Guildford Stranglers, they were pub rock, as were many punk bands. Founder, drummer Jet Black — now 79 — was a former jazz drummer who owned a fleet of ice cream vans and an off licence (and now suffers from emphysema and is unable to play, we think); Hugh Cornwell had a degree in biochemistry and was a folk/blues musician; Jean-Jacques Burnel (now the youngest Strangler at 66) trained as a classical guitarist and is a seventh dan black belt in karate; keyboard player Dave Greenfield apparently had massive hands and (see the cover of Black and White) sounded like the bloke from The Doors, though he claimed never to have heard of them.

The debut Rattus Norvegicus (or Stranglers IV) came out in 1977 and featured the single Peaches, which was not even the best song: Sometimes and Hanging Around are classics, while Down In The Sewer showcased Black’s metronomic drumming. Not a bad track on there.

No More Heroes was released only five months later and featured the standout title track but was overall darker and angrier; some of the lyrics were ambiguous, such as the sexist Bring On The Nubiles and the superficially racist I Feel Like a Wog. In both cases (and certainly the latter) the hope was the band was being sarcastic.

Black And White came in 1978 and was a step up: some songs (Tank) were just better songs than previously; Death and Night and Blood (Yukio) developed the artier sound of the band. The first 75,000 LPs came with a free white vinyl 7” with three bonus songs (we still have ours), including a stupendous Walk On By (Bacharach/David) and those and the B-sides are on this new CD, including Old Codger, with George Melly.

The Raven came next and saw the band deal with issues as diverse as ritual suicide and genetic engineering. Duchess is the best-known song here; we guess this album is one where more casual fans were left behind. It was followed by the wackier The Gospel According to The Meninblack, and this in turn by the more commercial La Folie, which spawned Golden Brown. We remember being annoyed that they’d become popular again; ah, the selfishness of youth.

This collection is completed by Live (X Cert), which came out around the time of The Raven, not only containing some good songs but an accurate impression of the band live.

There have been other re-releases before, but this seems to sweep up all the rarities, B-sides and oddities, including Go Buddy Go, Five Minutes and Walk On By.

If you’re new, we’d suggest Rattus, Heroes and B&W, and if the latter doesn’t seem too weird, The Raven onwards. Don’t buy anything post-Cornwell.