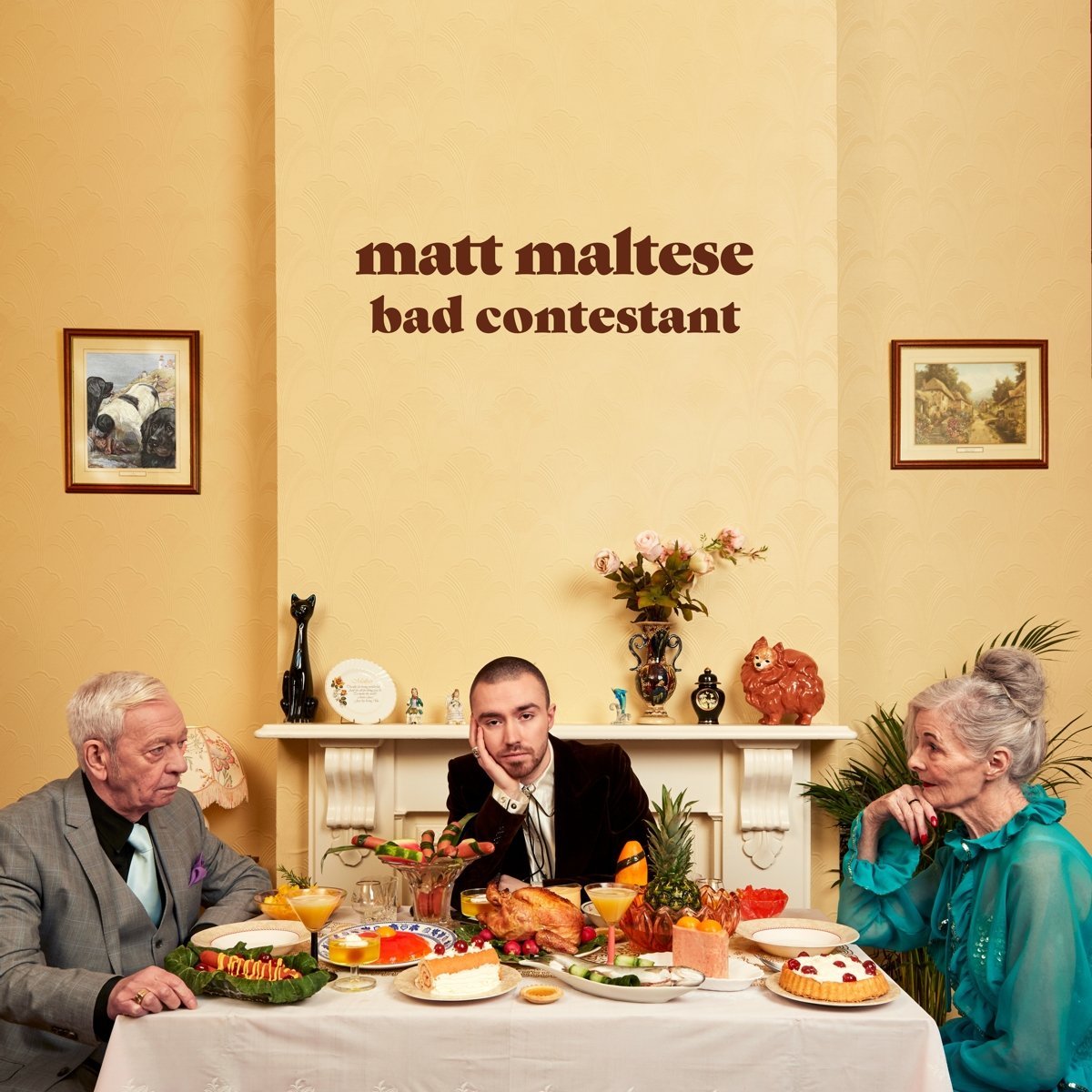 He’s got an unusual name, and this is an unusual album, somewhere between Frank Sinatra and Stephin Merritt, of The Magnetic Fields fame; his approach is also like Squeeze, slightly lugubrious pop with lyrics that tell stories. You could cite Morrissey, too, or The Divine Comedy.

Maltese talks about life with a perennial hangdog expression, the lyrics carried by downbeat if polished tunes that wander between pop, jazz/big band and lounge music from 50 years ago; the image is of a band playing in a faded backroom of a once-grand club. He’s only 21 and from London, but we can see him having a career like those American singer-songwriters who roll up every now and then and sell-out the Apollo, people like Ben Folds or the Joshes, Ritter and Rouse.

He’s hard to pin down. Opener Greatest Comedian is ostensibly a love song, but with lines like “You’re the stranger in the grocery store” and “You’re the final wartime piece of bread”, is it an anti-love song or a song about man who thinks he’s a great comedian, but is not funny at all?

The title track follows and again it’s a wonky love song (the contest he’s bad at is the game of love): “I often look round for my next mistake,” he starts, before adding: “I’m not much baby, but I could impress you.” Is he self-deprecating or doing down the girl?

Sweet 16 again starts off by doing the narrator down – “You, an angel in my class / Me, a kind-natured ass” – but later adds: “I can always passively aggressively put you in a song”.

Nightclub Love is delicate song about how bad clubbing can be, from “This music’s too loud / I just don’t like crowds” to “I pass you a drink / While the creeps circle around you / Trying to figure out if I’m just one of them, too.” Later on, it suggests the narrator is, in fact, a creep: he talks incessantly, the woman “overdosing quietly”, him buying her cranberry vodka, which is “so good for the bladder”. You’re never quite sure if the narrator is a good-natured doofus or a nasty piece of work.

Closer As The World Caves In was apparently “inspired by this idea of Donald Trump and Theresa May having a final night on Earth, clicking the red button and then enjoying ravenous lovemaking”.