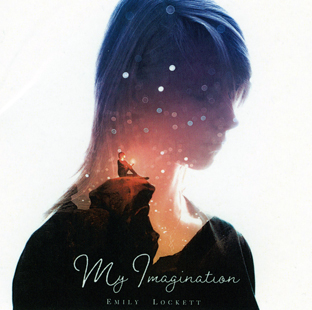 Lockett is a local teenage singer and this is her new album, but she gets the same scrutiny as the signed bands we review … and comes up pretty well, (always a relief).

She cites Taylor Swift’s early work and Avril Lavigne as influences, so we listened to some Lavigne, and it’s not a bad comparison, though Lockett is not a rocker. More money thrown at the production could probably beef up the sound, though the Canadian has a more powerful voice.

Having said that, from the opener, Strangers Again, it’s clear what Lockett is selling IS her voice, which is sweet, without being saccharine, and is similar to Lavigne’s, just gentler.

Strangers Again is good and the difference a bit more work makes can be heard in the closing track, a radio edit of the song that would stand up to any signed band.

Strangers Again and songs like the following one, Nice Eyes, make the most of her voice, and the bouncier Where We Left Off is also good.

She mentions Lavigne but this easy style of pop/country is also performed by UK country duo Ward Thomas; we found their album merely pleasant, but this kind of music is clearly popular — Ward Thomas were the first British country act to top the UK album chart.

For those of you who tremble at the thought of “country” — in some ways (songs like It’s Just Love) this album reminds us of Tracey Thorn’s debut A Distant Shore, both song-wise and in terms of production: A Distant Shore was sparsely produced but carried along by Thorn’s comforting and homely vocals. Like Thorn, Lockett’s gentleness works well.

The downsides are a couple of filler songs that just float by not doing much, and the fact that her voice is pretty much the same throughout, but on the whole it’s an impressive and pleasing album that stands repeated plays.

You can buy this on Amazon as an MP3 album or as a CD from musicglue.com — search for “Emily Lockett music”.