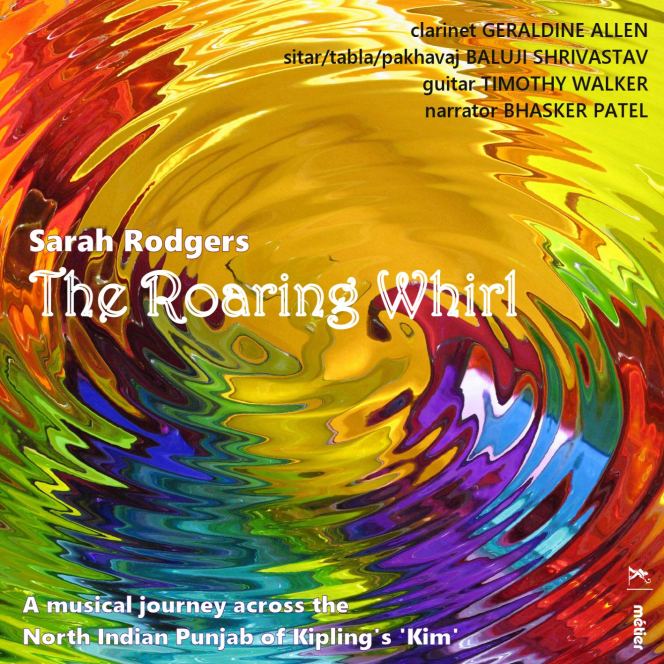 The story of this delightful and quirky CDis as interesting as the music. It was originally a piece of musical theatre based on Rudyard Kipling’s Kim, a musical journey across the North Indian Punjab.

The work was commissioned by clarinettist Geraldine Allen and after touring it, a final version was played — and recorded — at the Nottingham Now Festival in 1992, as a performance with a designed set and lighting, and choreographed kathak dance.

The narrator is Bhasker Patel, who subsequently found fame on Emmerdale. The premise is that Patel narrates sections from Kim, interspersed with music to reflect the scene. There are six spoken sections and seven pieces of music. The musical sections have titles such as India Awakes and The Wheel of Life.

The instruments are clarinet, sitar, tabla, pakhavaj and guitar and while it sounds Indian it’s not necessarily authentic; it was presumably meant to blend cultures, so Indian and Western, although predominantly eastern.

In the sleeve notes, the composer writes: “Six narratives sit, three either side of a central section, made up of the spectral colour wheel. The colour wheel has a theme for Kim, himself, and then spins off into episodes which express, by turn, energy, reflection, vitality, peace, culminating in a whirling dance. Each narrative takes the listener a step further on Kim’s journey with the Lama, the holy man who offers the wisdom of the Wheel of Life and the purpose of the man of faith wherever they go.”

It’s a charming idea and an equally charming album. The narration is not intrusive — Patel has a mellifluous voice — and the music is both exotic yet at the same time familiar. It sounds a lot better than this description might suggest; it is not at all difficult and stands repeated plays.