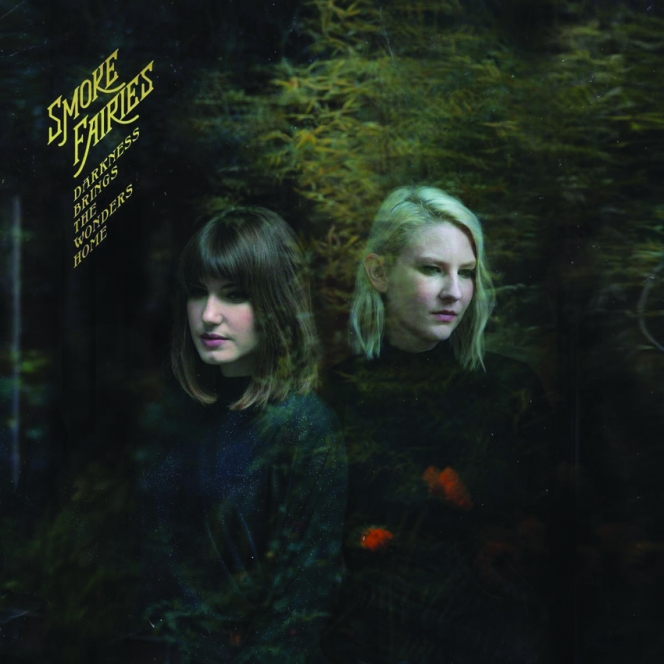 We’ve never really warmed to Smoke Fairies (Katherine Blamire and Jessica Davies), who’ve been going for years, releasing music every now and then, but this is solid, comforting indie, with injections of goth and blues. The vocals may be your decider, as they’re bold, powerful and to the fore.

The album opens with On The Wing, which has a swampy bassline, bluesy guitar and moves slowly, the snare only being hit every other beat, the “missing” beat being on toms, giving the song a swirling, slightly mysterious feel. The song creates an effect, rather than having a melody. As an opener it’s good enough to make you listen and different enough that you pause judgment on the vocals.

Elevator is harder and nods towards rock n roll, the vocals further down in the mix, while Disconnect is where the album starts to take off, a pacey indie pop tune where the edge of the previous tracks is abandoned and the band kicks back a little. Coffee Shop Blues is slower, the closest they get to sounding like someone else; Blondie maybe, so no poor comparison.

Standout by a long, long way is Left To Roll, a song that’s a cut above everything else on what is a decent album. It’s a smoky, slow tune that seems rooted in the 50s, with a feel of faded glamour, and an appealing chorus; it could become their pension plan if gets used in a movie.

Out Of The Woods, which follows, is back to a more indie sound but would also be a standout were it not for Left To Roll.

We’d guess fans will be pleased, but if you’re new to them, it’s well worth a listen. Try Left To Roll.