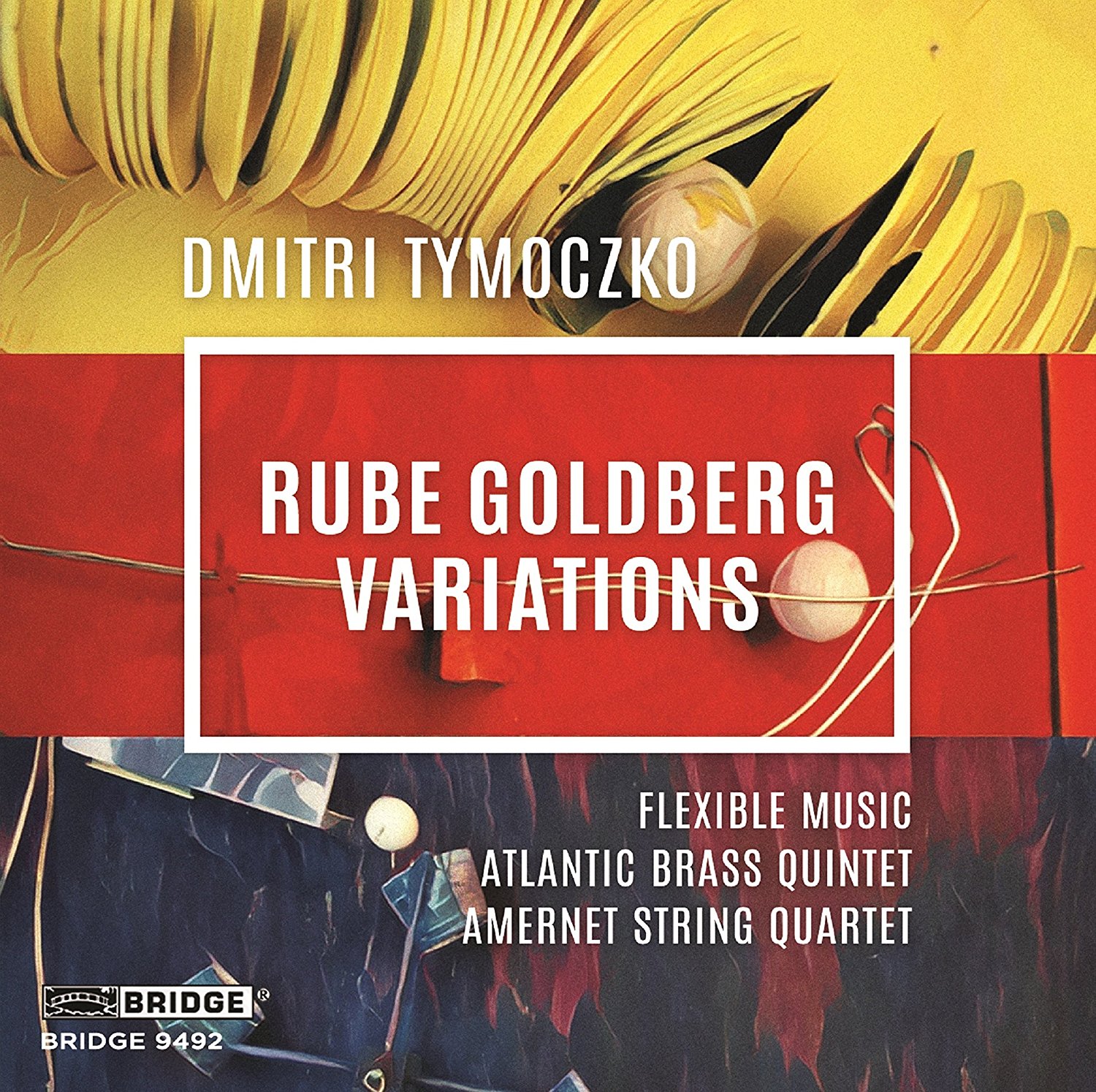 An off-beat album with even madder sleeve notes, this album is surprisingly enjoyable in a low-key sort of way.

The title refers to Rube Goldberg, an American cartoonist and inventor: a Rube Goldberg Machine is a crazy contraption that accomplishes a simple task in the most complicated, and funniest, way possible. He is to the Americans what Heath Robinson is to us.

Presumably Tymoczko’s aim is to create simple music in a complicated way while at least entertaining the listener and, to a large degree — you have to tolerate some modernity — he succeeds.

The sleeve notes say the main inspiration is Bach, though jazz is also clearly important; if you listen while engaged in other tasks, the brain hears it as jazz. Concentrate and it’s not.

Rube Goldberg Variations is the second work, four movements and nearly 20 minutes long. The sleeve notes say it’s the opposite to a Rube Goldberg Machine, starting off with lots of complication from the Atlantic Brass Quintet and slowly getting simpler, down to a basic piano. It’s an odd mix but it works, with the brass playing warm and rhythmic music that drives the piece along, accompanied by more out-there harp and piano.

The programme opens with I Cannot Follow, inspired by a 16th century madrigal about a dead lover, suitably gloomy to start with but then quite lively, particularly because of the saxophone.

It’s all very hard to pin down. The sleeve notes mention Frank Zappa, then there’s the jazz and the Bach. It’s all very precisely put together and runs like a machine, presumably deliberate.

It all makes the closer, S Sensation Something, sound normal; almost romantic as it brings the programme to an unexpectedly uplifting conclusion. An odd piece, it has charm and openness that make it accessible and it should appeal to a wide range of people, from lovers of more expressive jazz to Bach fans bored of Bach done straight. Being interesting can take music a long way.

Flexible Music, the Atlantic Brass Quintet and the Amernet String Quartet perform. It is out on Bridge, Bridge9492.