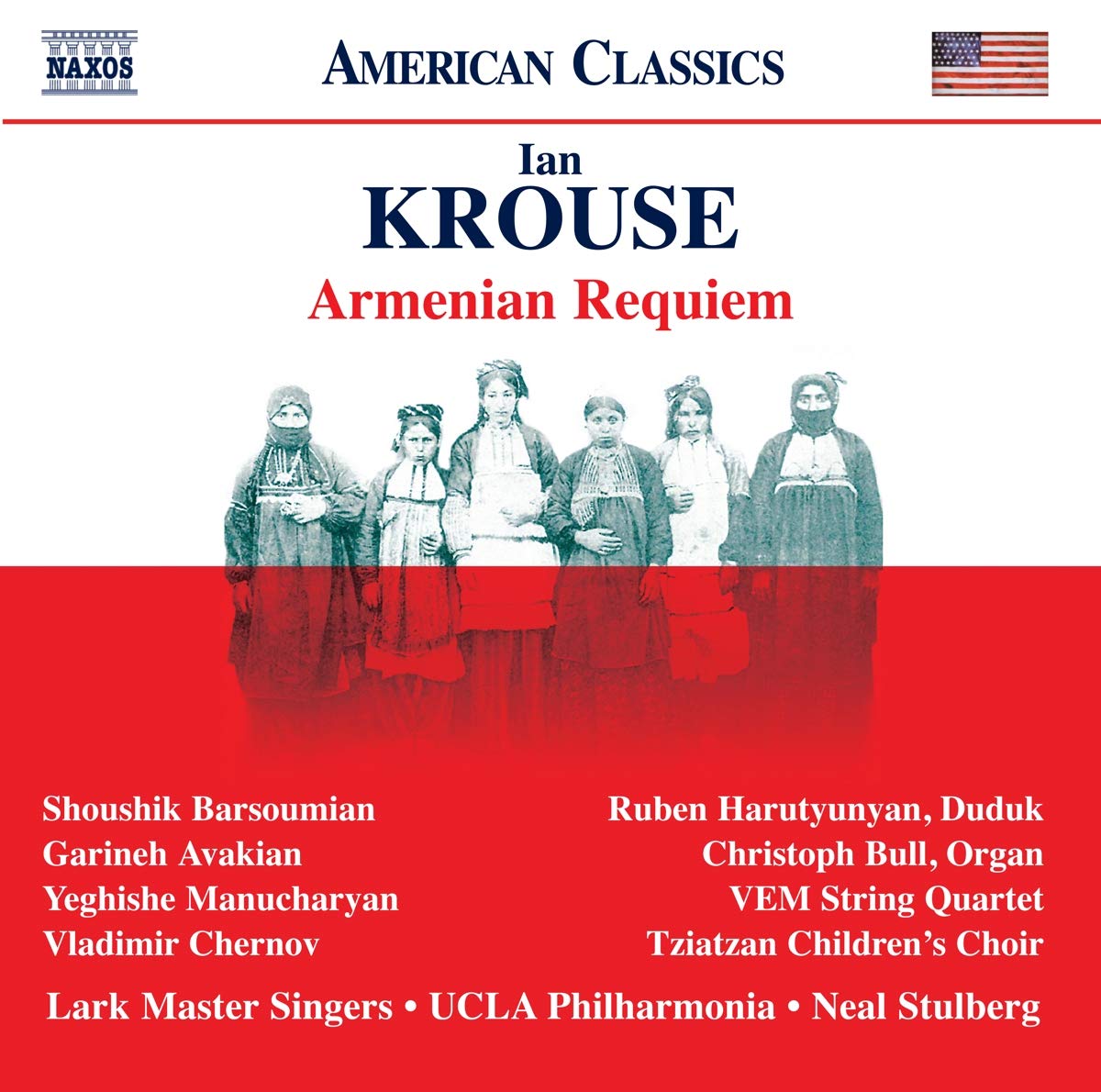 This is a powerful work; perhaps too powerful for some; while it has some beautiful moments, it can also be imposing. Aficionados of choral work will undoubtedly appreciate the power and technical skill, however.

It was composed to mark the centenary of the Armenian genocide of 1915, and is an ambitious sacred work built around liturgical chants. The Armenian Genocide was the extermination of 1.5m Armenians, “like a devastating forest fire” for the country, as Vatsche Barsoumian writes in the sleeve notes. Solemnity is only to be expected.

It opens with a lone voice (baritone) in a piece called I Want To Die Singing, the orchestra ominously humming behind; part one as a whole is Creation-themed. As it moves into the second piece it gets more strident and harsher, more voices joining in, especially mezzo-soprano Garineh Avian. A Biblical chorus somewhat akin to angry bees underpins this; at one point the angry bees are to the fore — possibly it’s meant to be voices in the void before God gets cracking with the Creation, gradually increasing in volume to an imposing, if not scary, heavenly chorus.

Creator Of All Things is more thoughtful and rather beautiful, the voices in harmony. Moon Of The Armenian Tombs starts off gently but rapidly escalates to defcon one, the music loud, the voices the desperate sound of people about to die, and although it does calm in the middle, it maintains its doom-laden feel before escalating to a closing crescendo. The end mid-way through a piece, perhaps: the genocide, after all, was not the end, just an event on a long road that ends with acceptance.

Part two opens with the Book of Lamentation, and it’s pretty full on lamenting, before the beautiful In Supernal Jerusalem. A lovely interlude featuring soprano is the closest it gets to easy listening; CD2 also features the powerful Three-Voice Mass and closes with some shorter songs perhaps indicative of redemption.

The work was commissioned by Vatsche Barsoumian’s Lark Music Society, and his very informative sleeve notes explain the thinking behind the piece.

A huge piece, that will be, if it isn’t already, a classic.