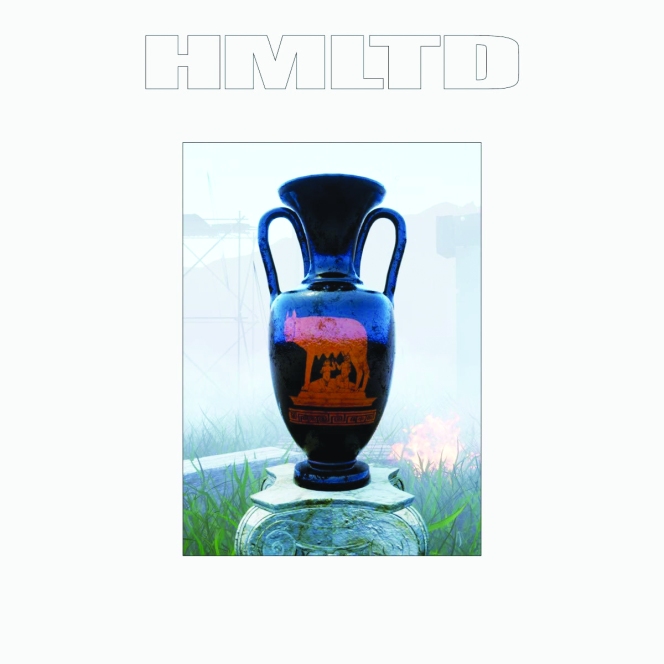 The Guardian reports that HMLTD were active some years ago, winning a good reputation for gigs, getting signed by Sony and then dropped. You can see why; this album is not replete with hit singles, good as it is.

So this is their debut and the Press notes call it “labyrinthine”, not an unreasonable description. Opener is The West is Dead, opening with an ominous bass line and menacing vocals then becoming a pounding goth / glam / electro track, with shades of Gang Of Four. A bit arty, a bit goth. But track two, Loaded, confounds expectations with a bluesy riff, and a catchy chorus, somewhere between Depeche Mode and Kings of Leon.

The Ballad of Calamity James is (obviously) a spaghetti western of a tune, opening with plucked guitar and the echoey effects of a Sergio Leone film, before a big Shadows-style guitar riff, subsequent track To The Door kicking off in similar style. They can do plain pop, too, with songs like Mikey’s Song, a radio friendly number. Our favourite is Where’s Joanna?, a catchy and jolly Metronomy-style song.

Vocalist Henry Spychalski told us via a Press release: “West of Eden is a portrait of a civilization on the brink of collapse. This is the world our generation will spend its lives in, and we somehow need to find love and meaning within it. This album is about the struggle that we will all live, and about turning that struggle into joy.”

Very entertaining; might be a little abrasive for some.